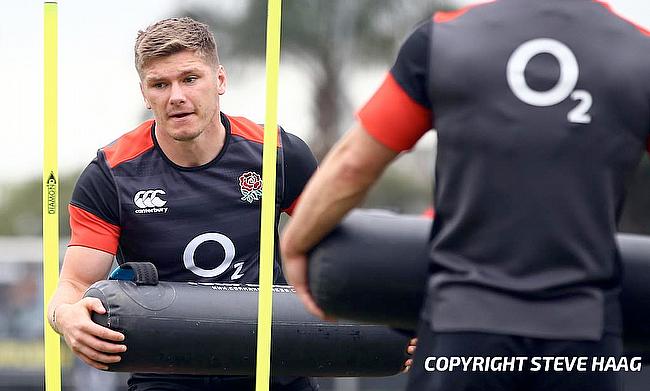 Talking Rugby Union was present at Twickenham to see England beat Ireland 24-12 at the home of rugby.

Having already published a match report on the game, Joe Harvey has taken a closer look at each team and highlighted both the good and bad of each side;

England beat Ireland 24-12 at Twickenham in convincing fashion. Converted first half tries from George Ford, Elliot Daly and a penalty from Owen Farrell gave England a commanding lead against the Irish going into half time.

Early in the second half Ireland finally got onto the scoreboard. A try from Robbie Henshaw went unconverted and that conversion miss was punished when Luke Cowan-Dickie crashed over at the back of a driving maul. Again, Farrell converted the score, essentially killing off the game and any hopes of an Irish comeback.

Whilst Ireland would keep up their fight, scoring after the clock had gone red through replacement tighthead prop, Andrew Porter. John Cooney converted that effort, making the score line a whole lot more respectable. However, it is England that climb up to second in the Six Nations table with two rounds to go.

As has seemingly become habit at HQ, England started the game quickly. Simply the sharper side in the opening exchanges, it was good identification of space that led to England’s opening two tries. Identifying the space left by Ireland’s line-speed driven defence, kicks through into the Irish in-goal area from Ben Youngs and George Ford weren’t dealt with by a retreating Irish side.

What also became so apparent in the opening exchanges was that England had come up with a way of breaking the gainline. Relying on Courtney Lawes and Manu Tuilagi heavily, Ireland struggled to deal with the two mountains of men, the pair dragging in two to three defenders at a time, just for the tackle, never mind their attempts at jackaling the ball at the breakdown.

These are the words you want to hear from your head coach... pic.twitter.com/kIPY5Qp3iq

On the occasion of his 50th cap, Jonathan Joseph played his first game on the wing for England. Playing a similar role to Elliot Daly when he was largely starting on the left for England, Joseph drifted infield on several occasions for England, linking up well with the rest of the backs and causing organisational havoc for an Ireland side that struggled throughout with their attempts of subduing the English.

What was so utterly bizarre about this England win was that there was nothing massively exceptional about their win. Ireland weren’t at the races all game, whilst England quite simply were. Regardless, it sets Eddie Jones’ side up well for their upcoming games against Wales and Italy.

As said above, Ireland had not turned up at Twickenham. Elliot Daly and George Ford’s tries could have been prevented if the retreating Johnny Sexton and Jacob Stockdale had dealt with balls kicked into their in-goal area, with Sexton’s defensive lapse the far more difficult to look at out of the two.

It wasn’t Sexton’s day at all really. Not only was he at fault for England’s first try, when the fly-half missed a penalty in front of the sticks with less than 20 minutes on the clock, it was indicative that the Irish wouldn’t be taking four points home to Dublin.

So far in the Championships, Ireland’s back-row had been the foundation of their wins against Scotland and Wales. But, in this game, they were an inert force. Josh van der Flier has been one of the form opensides in the world, but at Twickenham the Leinsterman was unable to collect a turnover, with Peter O’Mahoney the only Irish back-rower to get a turnover.

Any Irish glimmers came on that left wing. Maligned this time last year, Jacob Stockdale has bounced back for his country extremely well in recent months. Always breaking the gainline and causing England mischief, his prowess will no doubt be the only positive taken in what will be a hard analysis session in the coming days.