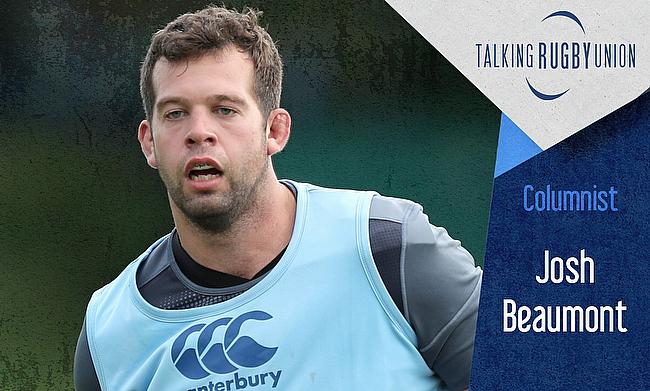 In his latest column for Talking Rugby Union, Josh Beaumont talks about England’s opening two games of the Six Nations Championship and Sale’s success delights him but is frustrating on a personal level.

Mixed messages from England, however I expect them to win on Sunday

In my last column I was hoping that England would be building on their World Cup run. Getting to a final like that is no mean feat and all the noises coming from Eddie were extremely encouraging. Then came France in Paris.

I just thought that the attack didn’t quite function. The set piece was very good, but they’re just lacking something in those attacking areas. They didn’t look threatening, everyone looked edgy, like there was a bit of a hangover from that World Cup Final loss. So, possibly as expected.

That French team were obviously pretty fired up too. First game under a new coach and they just blew England away a bit. After a difficult game away, the last thing you want is another. Away to Scotland at Murrayfield, in the midst of Storm Ciara was hardly a game of rugby in my opinion.

England’s set piece remained strong and was what, essentially, won them the game. There was real pressure on Scotland’s line-out as well. Their set piece was solid and when your stealing line-outs in those sorts of conditions, only good things can happen.

The conditions massively stifled each side, you had to do just enough to win the game and England did just enough. But, it was a horrible game to watch. What was great to see was that the boys looked pretty up for it after the disappointment in Paris, so they’ll be happy coming into the Ireland game at the weekend.

Speaking of that game at Twickenham, I think England can now take real confidence from that Scotland game. Ireland have been tested, but they’ve been at home for two games. So, it’s a different challenge on Sunday.

I’d be lying if I said that Ireland won’t be confident coming into this. Beating both Scotland and the current Grand Slam champions, Wales, with a new coach is highly impressive, but I simply have to go with the home side for this one.

Sale’s success is frustrating, but it shows the direction we are going

Seeing the boys beat Saracens at the AJ Bell two Friday’s ago did leave me with slightly mixed emotions. Having played in all four of the Premiership Rugby Cup matches at the start of the season, obviously I want to be out there, competing with my teammates to lift the trophy.

The reality of the situation is that I am not out there, and I can not be because of my injury. It was actually the first semi-final that the club has been in since my first season at the club nearly eight years ago.

Now we know that it will be a home game, it is a huge thing for the club. We want to start winning trophies and this is a really good place to start. It’s the first trophy that you can win in the season and we want to put our name on it.

At the start of the season we probably didn’t play to our potential and we probably aren’t playing to out potential still. But we are getting an awful lot closer and that is showing with our recent performances on the pitch.

For me, this gives us an excellent chance doing something after the regular season ends. With Saracens out of the picture, it is a lot more competitive, we’re in third right now, have a good run-in with home games at the end of the year.

We’re in a good spot. We just need to keep the momentum going, keep that ball rolling, and keep the pressure within ourselves, in the squad to perform and keep standards high.