England U20 to begin Six Nations 2017 campaign against France 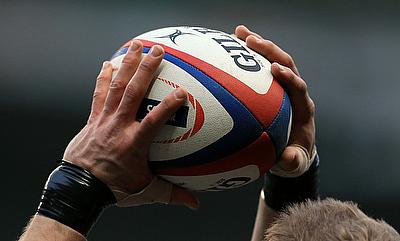 England Under-20 team will begin their 2017 season of Six Nations Championship campaign against France on 4th February at Sandy Park.

This will also be the first time Sandy Park in Exeter will host an England Under-20 team following which Jon Callard's men will travel to Eirias Park in Colwyn Bay to take on the defending champions Wales on 10th February.

After a gap of 13 days, England will lock horns with Italy next at Darlington Mowden Park and will follow it with a game against Scotland at Franklin's Gardens in Northampton on 11th March.

Their campaign will come to an end when they take on Ireland in Dublin, though the date for the clash has not been confirmed yet.

Backs coach Rory Teague urged the team to intensify their preparations for the high voltage tournament and is excited to play in various venues across the country.

"We have a lot of hard work to put in from now until February and it's important we make sure the squad are aware and prepared for the intensity that is required of them at this level.

"The opportunity to represent your country in a special competition like the Six Nations is a real honour for any player.

"The support we receive wherever we play across the country is fantastic and these different environments and new grounds allow us to challenge the players in a number of ways.

"It will be a special occasion playing at Sandy Park for the first time as England U20 and an excellent crowd can always be expected in Northampton.

"We received brilliant support in Newcastle last year and I'm sure it will be the same in Darlington. It's great that England U20 can play there again."