Surprises in England U20 squad to play Scotland 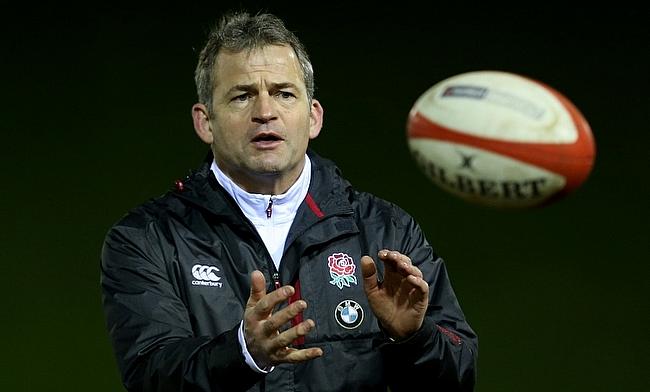 Head coach Jon Callard today announced the team to get England’s U20 Six Nations campaign underway, with a few surprises among the 23 players.

Hooker Jack Walker captains the side in his third year representing the team and he will be sandwiched in the front row by Wasps props Tom West and William Stuart. Worcester’s Huw Taylor and Harlequins’ Stan South make up the second row and complete the tight five.

The back row is largely as expected with Quins’ Archie White and Yorkshire’s Joshua Bainbridge packing down on the flanks and Newcastle’s Callum Chick at eight. All three players have played senior rugby this season and form a formidable unit that should pose a handful for Scotland on Friday night.

England’s half-backs have been hit hard by injuries and club commitments, with none of Harry Mallinder, Theo Brophy Clews, Jack Maunder or Max Malins in the 23. Yorkshire’s Max Green starts at scrum-half, with Exeter’s Joe Simmonds at fly-half. Versatile fly-half Jamie Shillcock is the only half-back among the replacements and will presumably cover for Green at scrum-half if required.

Last year’s U20 Six Nations star Joe Marchant returns at outside centre for the side, where he partners Leicester’s Charlie Thacker in the midfield. Welsh-born Cherry and White Mat Protheroe starts at full-back, with further senior experience coming on the wings in the forms of Saracens’ George Perkins and Gloucester’s Ollie Thorley.

The squad faces a tough challenge to begin their campaign, heading north to Broadwood Stadium to take on a strong Scotland team including Jamie Ritchie, Blair Kinghorn and Robbie Nairn.

England will be relying upon their traditionally strong set-piece and one that, at least on paper, looks to be among their biggest weapons in this year’s competition. Walker contributes strongly from hooker; he throws consistently, scrummages proficiently and quickly hooks the ball. West and Stuart are inexperienced at this level but offer considerable potential, whilst Taylor and South offer plenty of ballast in the second row.

If the tight five can deliver a set-piece advantage, the back row is more than capable of supplying turnovers and quick ball for a talented back line. Bainbridge has been in electrifying form for Yorkshire in the Greene King IPA Championship and his partner on the flanks, White, attacks breakdowns with aggression and intensity. The pair have the potential to be game-changers if England need them to be.

The biggest concerns for England will be at half-back, where the two starters come from outside this season’s initial U20 squad. Both Green and Simmonds seem to have caught Callard’s eye over the past two weeks, but it’s undeniable that a player of Mallinder’s ability will be sorely missed. If the inexperienced duo can get the ball out quickly and supply the back line in the right positions, England could put teams to the sword.

Marchant is one of the finest prospects in English rugby, whilst Perkins has been in scintillating form for Bedford Blues in the Championship. The pair, plus Protheroe at full-back, offer class and speed aplenty, with all three threats to score tries from anywhere on the pitch.

With only Walker, Marchant and Perkins regulars in England’s favoured XV last season, there is a lot of intrigue as to how this team will perform together as a unit.

Potential abounds in this U20 class, but with the likes of Mallinder and Johnny Williams playing regular senior rugby for their respective clubs in the Aviva Premiership and others retained as injury cover, Callard’s plans have ironically been hindered by the quality of the players at his disposal this season.

The U20 Six Nations has become an important building block ahead of the annual World Rugby U20 Championship and with that tournament being hosted in Manchester this season, Callard will be looking for his side to grow together considerably over the next two months.

A successful campaign resulting in the retention of their Six Nations title would be exactly the kind of growth Callard is searching for.