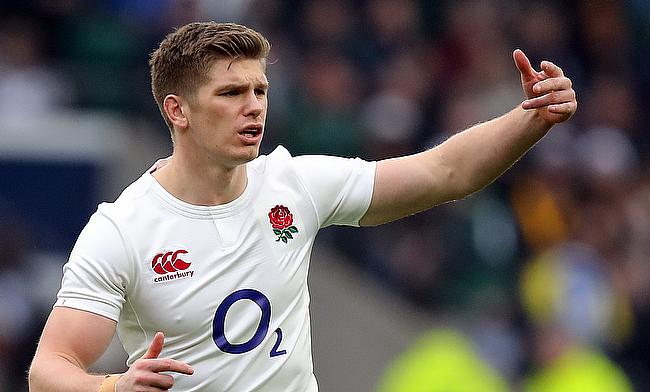 Owen Farrell is sidelined with an ankle injury
©PA

England have suffered a double injury setbacks ahead of their key clash against South Africa as skipper Owen Farrell and hooker Jamie George withdrawn due to injuries.

Farrell sustained an ankle injury during the last weekend's game against the Wallabies where he was replaced in the 68th minute while George also had a knee problem during the same game.

Jack Singleton, who has played three Tests for the red rose team in 2019 has been recalled along with his uncapped Gloucester team-mate Harry Elrington to the squad as they line up to face the Springboks next weekend.

Meanwhile, the Rugby Football Union also confirmed that Joe Marler will return to the squad on Friday after spending 10-day in isolation as he was tested positive for Covid-19.

Having registered convincing wins over Tonga and Australia in the opening two fixtures of the Autumn Internationals, England will be facing South Africa for the first time since they locked horns during the 2019 World Cup final at Twickenham Stadium on 20th November.