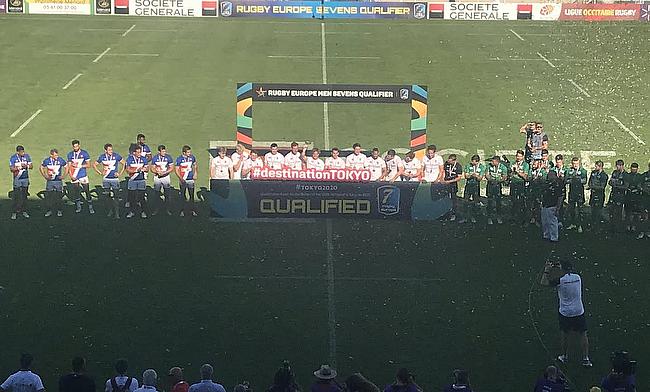 Brazil Women qualify to 2020 Olympics in Tokyo
USA 7s are leading the way, but Olympics still number one target

Great Britain will feature in the 2020 Olympics next year in Tokyo after England won both the men's and women's qualifying tournaments in Kazan and Colomiers.

England were nominated as the host nation to represent GB in the qualifying event and both the women's and men's team came up with outstanding displays to defeat Russia and France respectively in the final.

The Women's team that finished the B group with a second place defeated Ireland 17-7 in the quarter-final and France 12-14 to set up the final against Russia where they blanked their opponents 19-0.

Meanwhile, the men's team finished the group stage with three straight wins and defeated Italy and Portugal with comfortable margins to reach the final where they took on France and sealed a 7-31 win.

Head of England Sevens Simon Armor was pleased with the result and congratulated both the men's and women's team in helping GB qualify for the Tokyo Olympics.

“I’m just so incredibly proud of everyone involved in the programme – both the men and the women. For both teams to qualify GB for the Olympics after the year they’ve had with huge challenges, huge growth and huge learning is incredible.

For both teams to beat the hosts in their respective finals as well – it just says so much about the people involved in the programme.

On the men’s side it’s been such a difficult year, but to get players to peak and in the best place possible for this tournament right here right now was exactly what we aimed to do. I was really proud of how everyone stuck to that plan.

"I’m proud of the players, the young guys in particular. Jamie Barden, Ben Harris – they were only at school last year and so to step up and play under that amount of pressure was fantastic. I’m also proud of how everyone dealt with the injuries we faced this weekend and we’ve faced all year.”

England Women Sevens head coach James Bailey lauded the effort of the team in showing a clinical and professional display, especially in the knockouts.

“I’m absolutely over the moon and so proud of everyone’s effort. The girls have just put in performance after performance. The quarter-final against Ireland, the semi-final against France and the final against Russia were all built on effort and desire.

“They are a special group and it’s been an incredible journey. We’ve had to dig in deep many a time but they’ve got their reward this weekend. They are still a really young group and it’s so exciting to think what the future holds for them.”