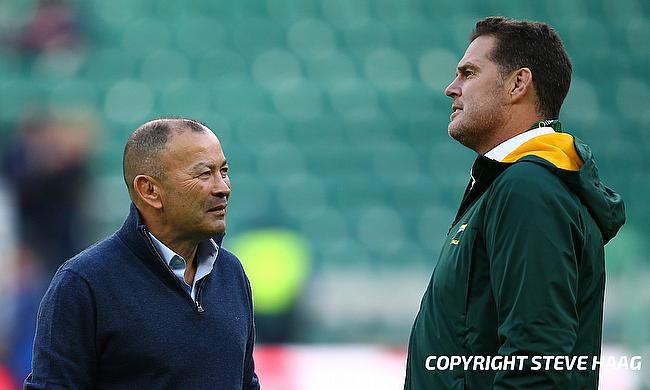 England have named an unchanged line-up for the World Cup final clash against South Africa to be played on Saturday in Yokohama on Saturday.

This will be Eddie Jones' 50th Test in charge of England since he took over from Stuart Lancaster post 2015 World Cup. George Ford is retained at fly-half with skipper Owen Farrell at inside centre.

The only change in the matchday squad comes with Saracens scrum-half Ben Spencer, who recently joined the squad in Japan replaces injured Willi Heinz.

"It has been a good week, the players have been together a while now so it's less about the volume of training this week, it's more about sharpening the sword," said Jones.

"South Africa are a difficult opponent and we are going to have to fight really hard to win.

"We know the physical part of the game is going to be important and the players will go into this game well prepared knowing how we want to play. We will go and play with no fear.

"South Africa will probably play a similar type of game they have played all tournament so we need be good in the arm wrestle and when we have the opportunities to break the game up, we are then confident and composed enough to take them."

This is the fourth time England have reached the final of the World Cup having won the title once during the 2003 edition when they defeated Australia 20-17.