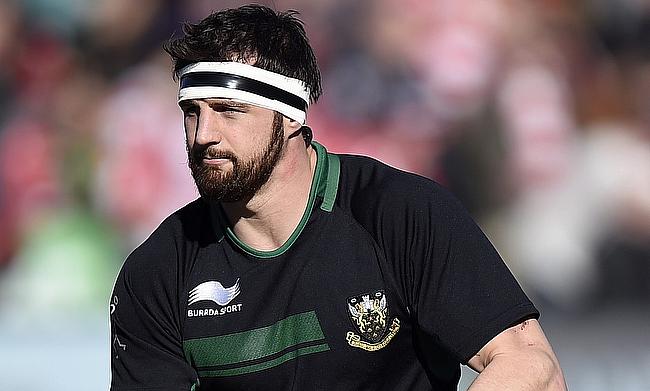 Tom Wood has made 240 appearances for Northampton Saints

Northampton Saints veteran flanker and former England international Tom Wood has announced that he will be retiring from professional rugby at the end of the ongoing season.

He made a switch to Northampton Saints in 2010 and became an integral part of the club since then featuring for them in 240 games. During his time with the club, he enjoyed Gallagher Premiership (2014), European Challenge Cup (2014), Premiership Rugby Cup (2019), and Premiership Player of the Season (2011) and also helped them reach the final of the Heineken Champions Cup in 2011.

“Northampton Saints has been such a big part of my life and I’ve made some very special memories. I feel privileged to have been able to pull on the jersey here for the past 12 seasons alongside some incredible players,” he said.

“Obviously, retiring is a difficult and emotional decision for any player. I’ve not been able to make as much of a contribution on the pitch as I’d have liked this season due to injury, but that’s the nature of professional sport.

“I’m very proud of my playing career with both Saints and England, and I want to thank all of Saints’ supporters who have embraced me during my time here.

“Having worked hard in recent years to set myself up for life after rugby, I’m excited for what the next chapter has in store.”

“In my tenure at Saints, Woody has brought a massive amount of experience and leadership quality to our group – not to mention giving 100 per cent every time he plays," said Northampton director of rugby Chris Boyd.

“You can’t overstate the contribution he’s made on the field, and if you look at his entire career in Northampton, there aren’t many people who have done more for the jersey in the history of the Club.”

Northampton are positioned fourth in the Gallagher Premiership table with 13 wins from 23 games and will face Newcastle Falcons in the final round on 4th June.