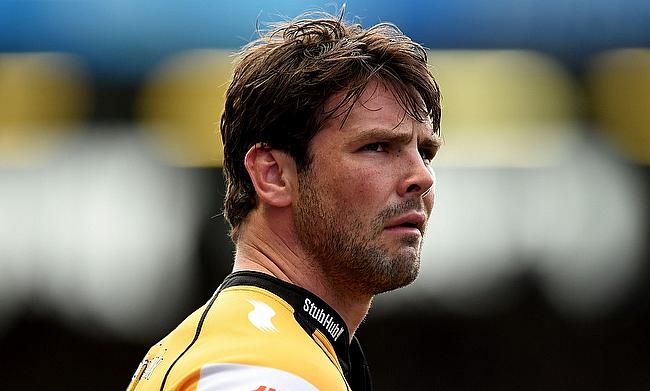 Former England international Ben Foden is set to make his debut in the 2019 Major League Rugby season after he was signed by Rugby United New York.

The 33-year-old made his professional rugby debut with English Premiership club Sale Sharks in 2004 and switched to Northampton Saints in 2008 making over 250 appearances for the club in which he scored 59 tries.

“It’s a new franchise in the most exciting city in the world. After my experience playing in the English Premiership for 14 seasons, the opportunity to broaden horizons, in both a playing sense, as well as taking a step into the coaching role, seems like the right move.

"I fully believe America to be the next big rugby playing nation and can’t wait to help develop young talent through the professional ranks.

"My family and I have always wanted to venture over across the pond to America, and now have the opportunity, which we look forward to seizing with both hands.”

Foden's debut for England came in 2009 and has gone on to play in 34 Tests including the 2011 World Cup and has crossed over seven times. His last appearance for the red rose team came way back in 2013 against New Zealand at Twickenham.

“As one of the most influential and talented fullbacks in the Premiership over the last decade, the opportunity of signing him was too good to turn down. Ben brings a wealth of premiership and international experience to Rugby United New York.

"His signing is a real statement of intent by the club. We’re looking forward to the impact he can have on the field, culturally, and off the field, aiding in the development of young talent in the tristate area. We look forward to welcoming Ben to New York.”

The inaugural edition of the Major League Rugby was won by Seattle Seawolves while Rugby United New York will make their debut in the competition during the 2019 edition.