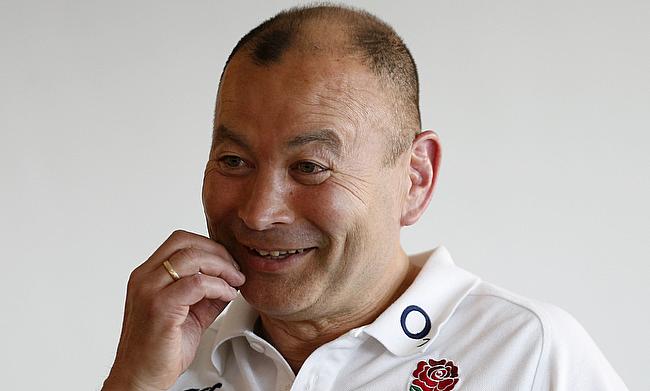 England head coach Eddie Jones has denied making any claims to Toulon owner Mourad Boudjellal to release Steffon Armitage from the French club in order to make an England comeback.

Armitage made his debut for Saracens in 2004 and later switched to London Irish in 2006 where he had a five-year stint before moving to Toulon in 2011.

The 30-year-old also made five appearances for England before departing from London Irish and is contracted to the French club until 2017.

As per the current policy, RFU does not allow overseas players to be selected barring exceptional circumstances, Armitage is deemed ineligible to make an England return.

Earlier, Boudjellal said in a television channel that Jones had called him asking to release Armitage from Toulon to clear the path for his international comeback.

"Steffon asked to leave Toulon and go and play in an English club and for the England team. It's his ambition so why not," Boudjellal told Eurosport TV.

However, Jones has denied making any contact and slammed Boudjellal for making wrong claims.

"You've got to remember the bloke who makes the comments writes comic books. I will leave it at that," Jones said.

"I don't know whether he writes them or sells them but he has made plenty of money out of them. Batman and Robin won't be in the team."

Jones also confirmed that Armitage will not be fast-tracked for an England comeback.

"Not that I know of.

"People have false Facebook posts and false Twitter accounts, so I suppose you can have a false phone call.

"I don't control him. It's got nothing to do with me. He is not eligible to play for England."

With Armitage targeting a Premiership return to make an England comeback, Wasps director of rugby Dai Young is confident that a back-row like the 30-year-old will be a boost to any club.

"Players of Steffon's quality - world-class players - you are always going to welcome them in the team," said Young.

"The reality of it is, if we could attract a world-class back row player, we would definitely look at it. Nobody would turn their back on a world-class player."

The season has been hectic for the red rose team having played World Cup and Six Nations earlier and now will be playing Wales at Twickenham before heading to Australia for a three-Test tour next month.

Jones has played down any concerns of a tiring season citing the example of All Blacks, who play unrelenting.

"I remember one of the first staff meetings we had after the Six Nations when the staff started saying 'they've had a long, hard season'," Jones said.

"As soon as you talk like that, you're saying you don't want to win. Every team in the world has got this same issue.

"The southern hemisphere come here in November - do the All Blacks ever complain about a long, hard season? They enjoy it and they play super rugby.

"There's no reason why we can't go to Australia and play super rugby."