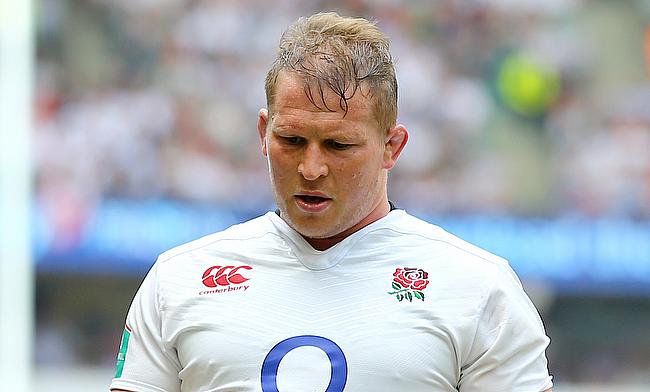 England full-back Mike Brown has backed his captain Dylan Hartley to lead the British and Irish Lions team in New Zealand next year.

The British and Lions team tour of New Zealand in June next year consists of three Tests against All Blacks while they will also take on Provincial Union XV, Maori All Blacks and other Super Rugby sides.

Hartley, who missed the 2013 British and Irish Lions tour of Australia due to a ban has led England to a Grandslam for the first time in 13 years during the 2016 Six Nations while has also clinched the series 3-0 against Australia which took the red rose team to number two in the World Rugby Rankings.

Brown, who was also part of the victorious England squad said he is confident of his team-mates getting selected for the New Zealand tour next summer. However, he admitted that the immediate focus will be on performing for the club and England's autumn internationals.

"Of course I'd back Dylan to lead the Lions," Brown told Press Association Sport.

"I'd back any of our squad, every player in that squad to represent anyone.

"We've got a special group of players, so I'd back anyone in that squad to go on and achieve things.

"Dylan's been great so far but there's still a lot of hard work to get done.

"It may be in the back of people's minds but for us it's about starting off for our club, playing well to get selected there.

"And then once we're selected it's about the next job, to achieve our main goal which is to prepare well and then aim to beat South Africa in November."

Hartley might face competition from Wales captain Sam Warburton, who is among the favourites to lead the British and Lions squad but Brown believes the 30-year-old's success with the England team in the Six Nations and down under might work in favour of the Northampton hooker.

"Dylan's a great bloke, I've known him since my under-21s days," said Brown.

"I played alongside him in that team, so I've played with him all the way through, with and against him.

"And he's a good leader in his actions and also in his words.

"He's brought this group of players together really well.

"He seems to work well with Eddie as well, so it's going well.

"And I think he's got a great core of experienced players around him to help. I'm sure he'd be the first to say that.

"We put pressure on ourselves as the older players in the squad to help our captain as much as possible.

"It's not just him talking, it's people like Dan Cole, Danny Care, Owen Farrell, who are all leaders in their own right.

"And everyone's stepping up in that department to help our skipper."