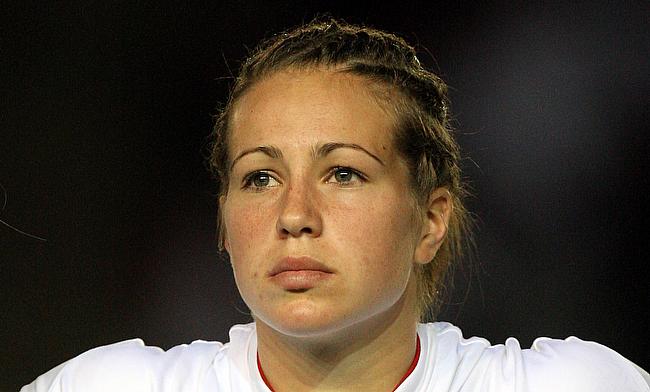 England centre Emily Scarratt has been named as the captain of the team that will take on Italy in the upcoming Women's World Cup clash at UCD Bowl in Dublin on Sunday.

The 27-year-old will replace regular skipper Sarah Hunter at outside centre with the latter moved to bench. All the players, who missed out on the opening game against Spain including the likes of Tamara Taylor, Marlie Packer and Natasha Hunt have been given a chance.

Prop Justine Lucas, hooker Amy Cokayne and Alex Matthews are also drafted in as head coach Simon Middleton has made a total of 10 changes for the Sunday's game.

"We have options available to us in terms of selection and running different combinations," Middleton said.

"We want to take full advantage of the depth, talent and experience in the squad. Our aim is to continually build and improve on performance.

"The team have recovered well and have been working hard over the past two days to ensure we are fully prepared for the next challenge."