Emerging Talent - Time to get involved! 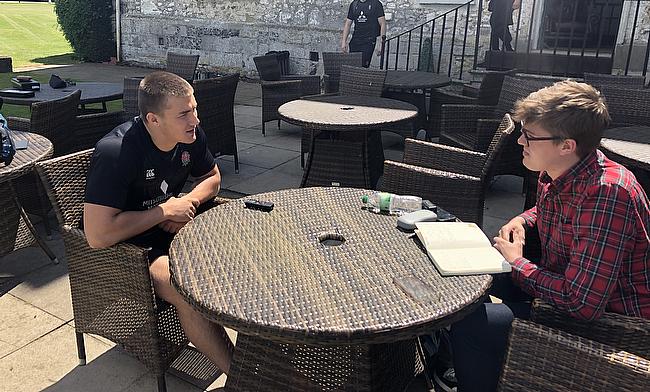 After Cokanasiga masterclass, Anderson is focused on stopping Fiji in World U20s
From sitting school exams one week to facing the haka the next: Rory’s remarkable rise
We want to make our own legacy - Sleightholme
Why Wilmslow High's latest stars are aiming to take the well trodden path into rugby

Talking Rugby Union’s Emerging Talent section has been bringing rugby fans the stories of some of the most exciting talent in the game. One quick trip through the archives and the names jump out at you.

The likes of Joe Marchant (Harlequins), Joe Simmonds (Exeter Chiefs), Ben Vellacott (Wasps), Jordan Olowofela (Leicester Tigers) and Ollie Sleightholme (Northampton Saints) have all featured on one of the websites most popular sections.

However, emerging talent was created for a second reason. For many young rugby writers across the country, we feel that there isn’t really a platform for these writers to have their content read by a large audience and we want you to get involved!

With just under 50,000 followers on social media, Talking Rugby Union remains the largest independent specialist rugby union website in the world. Having started in 2012, Talking Rugby Union has already featured some writers that have gone on to work for the likes of RugbyPass and The 42.

Another young journalist to have developed his skills on Talking Rugby Union is Joe Harvey. Joe joined TRU midway through his studies at the University of Derby and 17 months later, Joe has become one of TRUs most regular contributors and was a driving force behind the start of the Talking Rugby Union Podcast in 2019.

Well that was a weekend I will never forget. Still have plenty of work to do, but many thanks to @max_ashcroft, @c_heal and everyone in the #TRUFamily for letting me go off on an adventure.#EmergingTalent https://t.co/oRlCR1k6TN

Joe had this to say about the Emerging Talent section:

“If I hadn’t got involved with TRU, I’m not really sure what I would be doing now that I’ve finished university. Before writing for the website, I’d only ever written for my own rugby blog and was struggling to maintain any kind of audience, but upon arrival at TRU, I immediately had people commenting on my articles and got feedback from the general public.

"I have also had the opportunity to work closely with someone like Chris Heal who had been heading up TRU’s content for nearly three years prior to my arrival. Chris really helped to develop my writing through regular emails, and I think that’s what has helped me tremendously in becoming a rugby writer professionally.

"Being at uni and writing for TRU kind of went hand in hand for me. Doing a journalism course, I felt it was important to build up a repertoire of work and the amount of spare time that you have at uni, it is more than possible to be a part-time journalist whilst still studying.

"Being given the opportunities to interview the likes of James Haskell (recently retired England backrow), Luke Treharne (Wales Sevens captain) and Bill Webb (owner of MLR club, Toronto Arrows) have all been amazing experiences and it is all thanks to TRU.

"I do genuinely think that more people should be seeking the opportunities to get published on the website. You get some fantastic coverage, which would no doubt prove beneficial in the future and at the end of the day, what would someone really have to lose?"

If you are a young writer and want to start writing about rugby at all levels, please feel free to get in touch at austinh@talkingrugbyunion.co.uk