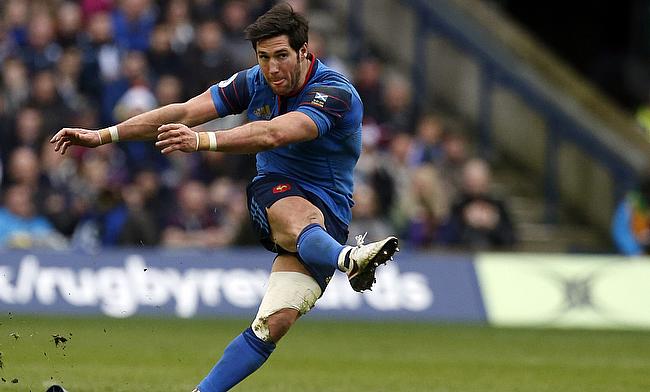 Racing 92 came up with a dominating display of seven tries as they trounced Edinburgh 56-3 in their round-of-16 clash in the Heineken Champions Cup at Paris La Defense Arena.

The result also means Racing 92 will face Bordeaux Begles in the quarter-final on 11th April.

As Edinburgh were penalised for not rolling away inside their own half, Maxime Machenaud kicked a penalty goal in the 7th minute to start the proceedings for the French side.

The scores were levelled in the 13th minute as Blair Kinghorn returned the favour after Edinburgh were penalised for not releasing the ball. Machenaud missed another shot at the goal in the 22nd minute but made amends when he kicked a conversion in the 26th minute after a touchdown from Camille Chat that came following a line out.

The Racing scrum-half was in total domination as he kicked his second three-pointer in the 31st minute and followed it with a converted try following good work from Virimi Vakatawa, Jordan Joseph and Louis Dupichot in the build up as the hosts completed the opening half with a 20-3 lead.

A long range penalty kick from Antoine Gibert in the 56th minute helped Racing break the deadlock in the second half but it was a complete domination from the French side in the final quarter as they scored four tries in it. First it was Joseph, who bulldozed over in the 62nd minute and five minutes later the number eight went on to beat three defenders to send Guram Gogichashvili over the line.

The 70th minute saw Teddy Thomas capitalising on a loose ball at the break down to steer past Edinburgh defence and dot down and the winger completed his second in the 75th minute before replacement Francois Trinh-Duc with his final minute try ensured Racing 92 crossed the 50-point mark. Teddy Iribaren also managed to kick four out of the five conversions.