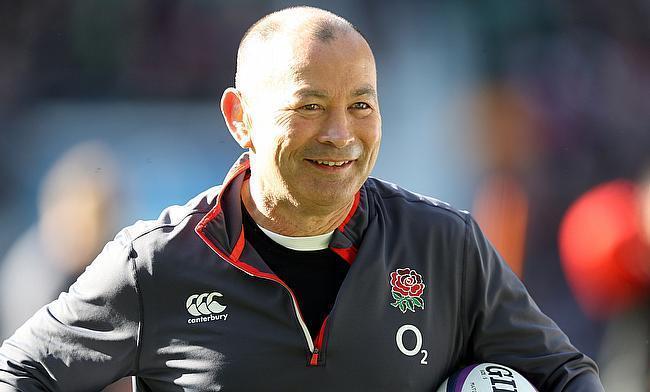 It wasn’t too long after the final whistle blew on England’s Six Nations campaign that the vultures started circling.

The RFU announced there would be a review into the championships and in the days that have followed, rumours that the players will be consulted on their thoughts of the past three months and that Eddie Jones’ job is on the line have emerged.

It’s hard to think that at the start of December, England won their second trophy of the year in the Autumn Nations Cup, having lost just one game throughout 2020, but the Six Nations has cast a long shadow of doubt over not only the players, but the man tasked with helping the nation win a second World Cup.

Coming fifth in the Six Nations for a second time under Jones, England suffered defeats against Scotland, Wales and Ireland whilst beating Italy and France were the only positives.

Originally scheduled to take place in May, it is expected that the debrief will be moved forward to next month in order for the next steps to be taken sooner as the approach to 2023 speeds up more and more.

Having looked beyond disheartened in his post-match press conference on Saturday, Bill Sweeney, RFU CEO, says Jones is already looking to solve the problems that have plagued him over the last three months.

Eddie discusses the #GuinnessSixNations and the squad and Simon looks ahead to the start of the @Womens6Nations ??

"He’s massively competitive and hugely disappointed,” Sweeney said. “You would expect that. He is equally frustrated at the inconsistency of the performance against France and a week later, you have a performance which is very disappointing [v Ireland]. He is disappointed by that and is asking the questions, in terms of; what is the reason? Why is the reason?

Naturally in today’s society, England’s preparations for the Six Nations were disrupted because of events beyond anyone’s control. Matt Proudfoot, the forwards coach, was hospitalised with Covid-19 and Jason Ryles, skills coach, opted to stay in Australia, meaning that Jersey’s Ed Robinson was parachuted in.

Both England’s attack coach, Simon Amor, and Jones were forced to isolate as part of this, essentially missing the opening camp at St. Georges Park in Staffordshire. From that point onwards, the team was fairly settled, perhaps with only a few injuries and new call-ups the only significant changes to proceedings.

Starting off the championships with ‘that’ loss to Scotland at Twickenham before beating Italy ahead of the first fallow week, it was following the second fallow week and the 23-20 win over France that it seemed as though England had turned a corner.

They had adapted their style of play to suit the opposition, but all of that was flipped on its head with the most recent defeat in Dublin.

“In sport, your last emotion is the emotion you carry with you and that is what is hurting with everyone on this call," Conor O’Shea, the RFU's director of performance, said. “It is hurting a lot of English supporters. If the last emotion had of been France, we found a way out because the performance had come in, but it is something you carry with you that won’t be satiated by performances in the summer, or it’ll be the autumn by the time you can actually satisfy yourself by being on that right target.

Can't say enough how much I enjoyed speaking to @nowellsy15 about his world of rugby.

From injuries to spending more time at home with his family, please do give this long read a look on TRU.

“England won the Six Nations, and they won the Autumn Cup, but it wasn’t the same tournament. Trying to put context on this one, people are saying you can’t put context on it, so we have to be very careful how we go about this.

“We have an unbelievably motivated group of people who want the best for England. Eddie, having spent time with him last night, is looking at ’23 (2023) players, plus ’27 (2027) players, knowing ’27 is probably a stretch too far, but knowing which ones can make it through to refresh and re-energise, along with the great players we have.

“He is up for the fight big time and it is the last emotion that is hurting most of all and that is not trying to sweep anything under the carpet. We know the issues that we control, that we have to address, but we also don’t overreact on the other side (of the review) as well. So it’ll be interesting, it’ll be informative, but I think it is a challenge whichever way you move forward.

“As Wales showed, as Ireland showed, as everyone showed, it (sport) changes unbelievably quickly, but it can only change on the pitch. You can’t change it by talking.”

It will be several more weeks until we know the outcome of the RFU’s debrief. When that does come through, TRU will, of course, report on it. Tuesday was an insight into the goings-on in the now virtual boardroom in West London and the challenges the union are facing.

Are England still considered to be one of the favourites for the World Cup in 2023? Want to travel to France to watch one of the best sporting spectacles around? Find out more through sportsbreaks.com, who are offering Match Breaks for RWC2023! Click here