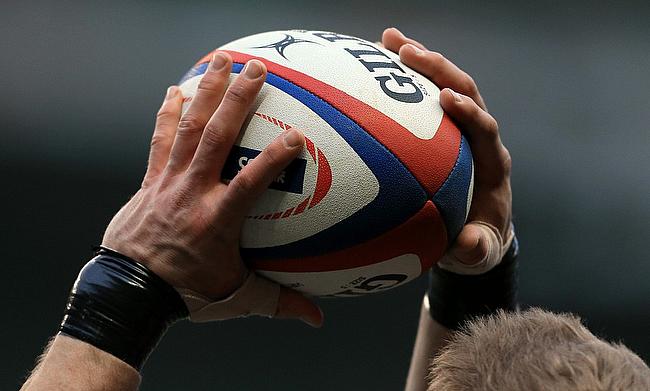 Former England international Dan Scarbrough becomes the latest player to join the landmark case against rugby's governing bodies over alleged failures to protect players from the risks caused by concussion.

“I became involved to access specialist treatment and to gain an understanding of what was happening to me,” said Dan in a statement released by Rylands Law, who represent the players in the legal action.

“One of the main drivers for this action, and for speaking out, is to help other former professionals gain access to elite level treatment and deal with injuries sustained throughout our careers, which is effectively cut off once you retire. The governing bodies have a responsibility to look after us post-retirement.

“Yet, prevention is better than cure; I also want to ensure that there are clear measures in place to protect the game at grass roots level and continue to increase the safety of the sport, across all levels, particularly in relation to head injuries. The decision to stay on the field when you’ve had a knock, for example, shouldn’t ever rest with the player.”

Dan said that with the right approach to player welfare, contact rugby should still be possible from a young age.

“I’d been experiencing symptoms for some time so when the diagnosis came through, it wasn’t really a shock. I suppose it confirmed what I knew deep down and gave me the answers I needed to move forward. At least now I have more control as I know what I am dealing with and can proactively manage the condition. My biggest issue now is memory loss. I have coping mechanisms to keep me on track and there are new treatments which I am trialling. I’m grateful to have the offer of support of the school’s headmaster, Simon Hinchliffe. Thankfully, there’s much more awareness around the issue of concussions now, particularly in schools and discussions are ongoing with regards to how we make the game as safe as possible.

“I don’t want to see this great game of rugby eradicated just because of what I and other retired professionals are suffering with. There are so many benefits to the game. But there are ways for it to be played as safely as possible. There are measures which need to be acted upon and funded by the governing bodies to ensure cost is not a barrier to safety".

Dan is also hoping that any changes the rugby authorities make as a result of the legal action will be made from the grassroot level to make the game safer for the players involved.

“I happily allow my son to play rugby, there is a different focus at grassroots. He is not being exposed to what I was as a professional on a day-to-day basis. There’s no escaping that it is a contact game, and it would be wrong to change that, but sensible controls around contact need to be established. Covid-19 has forced a reset and allowed a re-focus on core skills, which is a real positive, enabling players to challenge defensive systems and avoid unnecessary contact.

“I implore the rugby authorities not to leave schools behind when making any changes. One of the great things about rugby is that it is an inclusive sport, it doesn’t preclude you based on sex, shape or size, so any response from the governing bodies needs to recognise that and bring the entire rugby community along with it.”

"There are many unknowns when it comes to the long-term effects of concussion in general, which is why we take a prevention-first approach," he told AFP.

"Unfortunately a lot of the upsetting and scary stories which are published tend to drive the narrative, to inform the debate.

"We need evidence where there are gaps to fill and that is where we are at the moment".