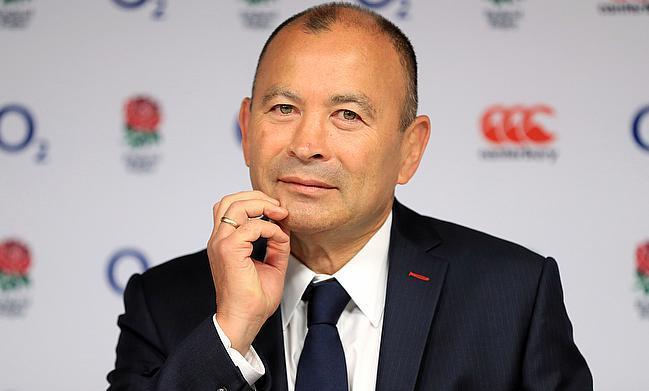 When Eddie Jones speaks to the media it is Thursday lunchtime, England’s cricketers are playing New Zealand at Edgbaston and the start of Euro 2020 is just over 24 hours away.

We have known for a long time that there is plenty to look forward to this summer, with plenty of sport getting its time in the limelight these coming months. Covid-19 has had a major influence on this, with the Olympic Games and Euros postponed for 12 months with the future so uncertain.

Many of us will remember 2018 and the summer we all enjoyed watching the FIFA World Cup in Russia and a waistcoated Gareth Southgate guiding England to the semi-finals, where they fell against today’s opponents, Croatia, in Moscow.

Then, 12 months later, England’s cricketers were the providers of the inspiration for the summer of love. Hosting the 2019 Cricket World Cup, England won the tournament with the last ball of the match in New Zealand’s Super Over.

That win at Lord’s was a precursor to a home Ashes series, the memory of Ben Stokes’ miraculous innings at Headingley no doubt going to live long in the memory of many. Then, just months later Eddie Jones’ England provided a spark of their own, going all the way to the Rugby World Cup Final in Yokohama where they fell short to South Africa.

Now in 2021, there is plenty to look forward too again. England’s cricketers will be playing tests aplenty this summer, along with One Day Internationals, T20s and The Hundred will be launching too after being pushed back a year as a result of the global pandemic.

Add to this the 2020 UEFA European Football Championship being held partly on home soil, as well as having England, Scotland and Wales competing, as well as England Rugby hosting tests on home soil, it seems like the summer of 2021 is going to be one like no other for those who love their sport.

??"Character is the foundation of any team and this group of players selected by Eddie Jones has plenty..."

??????????????After the announcement of England's initial squad for this summer, @joeharvey34 has highlighted the 'grafters' who will be in camp next week??https://t.co/7VFMiaXwhR pic.twitter.com/yWzAyLt2UK

Even abroad there will be intrigue, the Olympics taking place in Tokyo and, of course, a British and Irish Lions tour to the world champions South Africa. In many ways, the summer got started on June 2, as England hosted New Zealand at Lord’s. That game ended as a draw and several days later in Birmingham the second and final test of the series got underway.

Jones in the past has talked about watching Steve Smith bat at Edgbaston during the 2019 Ashes and the Australian revealed that one of his own coaching staff was in the West Midlands to watch the action unfolded.

John Mitchell had made the journey up from London to watch his son, Daryl, in action. Having been so heavily involved with England, this week was John’s first opportunity to see his son represent the country he calls home.

That is yet another poignant reminder of the importance of sports to society, the emotion that is attached to these games that command a global interest.

“We are just excited about the fact that we are going to be at Twickenham, with fans,” England’s head coach, Eddie Jones, said. “You have seen at the club games, at the Leicester game (against Bristol) I think they had 6,400, well they must have drunk five pints each, because by the end of the game it sounded like a full house.

"To those who have dedicated their time to keeping grassroots sport going, giving people an outlet and something to look forward to, thank you. "

On 4 July we will be supporting #ThankYouDay to thank the fans, volunteers & key workers who have helped us during the pandemic ?? pic.twitter.com/CLySt9MCnK

“You can see how people are so enthusiastic about attending games live and then supporting their teams. With tickets in sparse availability, it is the real diehard supporters that are pitching up to the games, so you get these great atmospheres.

“You go to club games over the last three or four weeks and the atmosphere has been fantastic.”

With England’s test against New Zealand set to conclude today with a loss for the hosts, this sporting summer might not have gotten off to the best possible start, but there is still plenty to look forward to on home soil.

It is something that doesn’t go unnoticed by Jones, the 61-year-old hoping that his England will be offer part of the spectacle this summer on home soil.

“I don’t really have any evidence of it, but if you follow national teams, they seem to get their run, don’t they?” Jones said. “Cricket does well, rugby does well, football does well, and it seems to be this period where everything is going well for the country and then conversely you go through the other period.

“I think it is just like losing is contagious, winning is contagious and you tend to feel good about things, so I think it can be a reciprocal advantage and it is obviously a great time for the national teams at the moment.

“You are going to have the Olympics going on, the Euros, players down with the British and Irish Lions, we have got a couple of test matches, England is playing cricket against New Zealand, there is a lot going on for fans to get excited about in their country, which is wonderful.”