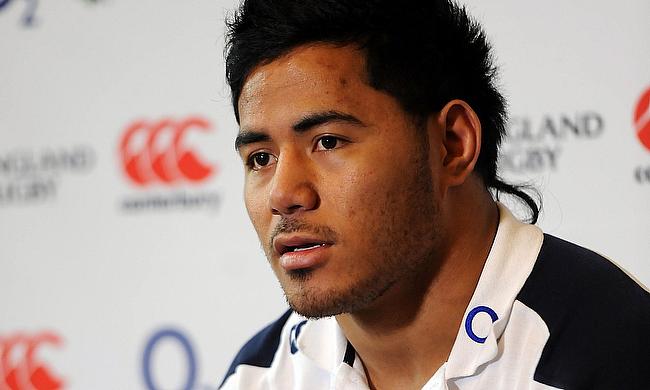 England head coach Eddie Jones expects to have Manu Tuilagi available for the final two matches of the RBS 6 Nations, but has not given up hope of him returning sooner.

Tuilagi has been included in Jones' first squad with Ollie Devoto of Bath present as an injury replacement until the British and Irish Lion proves his fitness after 15 months out with a groin problem.

The 24-year-old made his comeback for Leicester against Northampton last Saturday and will continue to play for his club with a view to appearing against Wales and France with Jones viewing him as a possible solution to the perennial problem position of inside centre.

"I've chatted to (director of rugby) Richard Cockerill and at this stage it looks like he will be ready for the Wales game," Jones said.

"Hopefully we'll get him for the last two games of the Six Nations, but he might come through very quickly."

"There's a lot of disappointed players, I'm not going to go through each one individually. I've spoken to each of the players - whether they remember the conversation I'm not sure," Jones said.

"They know what they have got to do to get into the squad and there have been a number of close calls."

One player who has survived is Chris Robshaw, England's incumbent captain who is likely to see that role passed to Hartley but is favourite to start at blindside flanker having served for the past four years in the number seven jersey.

Robshaw has been outstanding for Harlequins since returning from the World Cup and Jones insists he was ill-suited to openside.

"We are not going to have any six-and-a-halves. We want a six and a seven. Chris Robshaw has been doing exceedingly well at six - maybe because he's got half a number off his back!" Jones said.

"He's been playing brilliantly and will push very hard to get into the team at six."

Hartley is favourite for the captaincy but having endured a spell on the sidelines with concussion and a rib problem, he now finds himself second choice hooker at Northampton.

Jones refuses to be drawn on who will lead England against Scotland at Murrayfield on February 6, but has a clear picture of the qualities he demands of his skipper and revealed an appointment will be made for the Six Nations only.

"He (Hartley) is one of the 33 players at the moment. If he gets into the 23 and then into the 15, then we'll worry about those things.

"Your captain's got to be your best player. He's got to be one of the first selected in the team and then he's got to lead by example.

Only two of the 33 players named by Jones are over 30-years-old - James Haskell and Mike Brown.

"If you look at the balance of the squad, we've got seven players who haven't played for England, seven out of 33 - nearly 25 percent of the squad are uncapped. That will give you an indication we are planning for the future," Jones said.

"At the same time we are picking players who we believe we can progress the team now. It's a combination of both."