England's omissions - unlucky or out for the count 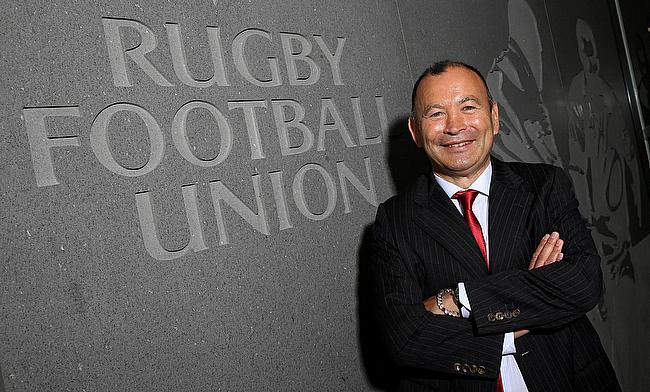 “The player that hasn’t been selected has not done well enough, it’s as simple as that.”

Those were the words of Eddie Jones just a few days before he named his first Elite Player Squad.

Obviously, factors such as potential and squad balance will have also influenced his selection heavily, but what the quote highlights is that form has been a highly significant factor in Jones’ decisions.

With that in mind, we take a look at the players who have missed the cut and asses why they have failed to catch the Australian’s eye over the past few months.

What more could they do?

We start with some of the most impressive players in the Aviva Premiership this season and whose omissions from the EPS are genuine surprises.

Saracens’ Will Fraser and Sale Sharks’ Danny Cipriani have both been in excellent form for their clubs and will be asking themselves just how can they break into that elite group. Fraser has been a consistent threat at the breakdown all season, while Cipriani continues to keep Sale competitive despite the club from the North-West lacking the resources of many of their Premiership rivals.

England are blessed with a talented duo of nines in Ben Youngs and Danny Care, but Exeter’s Will Chudley can feel particularly aggrieved to miss out, having been the spark behind Exeter’s fantastic start to the season.

The likes of Semesa Rokoduguni, Alex Lewington, Luke Wallace and Mike Haley also fall into this category and have to accept that, at least for now, their route into the squad is blocked by other in-form players.

While this statement could apply to a large proportion of the Bath squad, it is particularly applicable to Kyle Eastmond. With Bath’s pack struggling and the back line playing laterally, Eastmond’s ability to challenge the gain-line as both as runner and a distributor has been largely taken away from him. You feel there’s a place for him in Jones’ vision of the England team, but it may have to wait until Bath can right the ship and get themselves back on the front foot.

Joe Simpson has shone at times this season but he has been equally quiet in other games and it may be that Jones doesn’t see him as being as consistent as his preferred duo of Youngs and Care. Simpson is unlikely to have been helped by the fluctuating form of Wasps in the Premiership.

Sale’s Tommy Taylor and London Irish’s Matt Symons both fall into this category as well, having played solidly, but perhaps not quite at the level of those selected ahead of them. The fact England have an abundance of good hookers and locks doesn’t help either player’s case.

Making way for the next generation

It was inevitable that a number of older players would have to make way at the start of the new cycle and Jones’ EPS shows who those players are.

Richard Wigglesworth and Nick Easter were expected to be omitted by all due to their age and it seems as if they have been joined by veteran lock Geoff Parling.

Is Brad Barritt’s England career over? Jones has already indicated he wants England to play at tempo and with youngsters such as Elliot Daly and Ollie Devoto drafted in, it looks as if Jones wants to go in a different direction to Barritt in the midfield. It could a similar story for Exeter’s Thomas Waldrom who, despite excelling for the Chiefs, faces younger and more mobile competition in the forms of Billy Vunipola, Josh Beaumont and the soon-to-be English-qualified Nathan Hughes.

Tom Wood was another notable absentee from the squad – with fellow Rugby World Cup squad members Chris Robshaw and James Haskell retained – and there will certainly be question marks over his future at international level. At 29 years of age, Wood has the time and ability to push himself back into contention, but with the likes of Jack Clifford and Will Fraser identified as England’s future, there are preciously small amount of squad places left to compete for.

Like Wood, Tom Youngs exclusion will raise questions over his future, especially as England forge ahead with talented young hookers, Jamie George and Luke Cowan-Dickie.