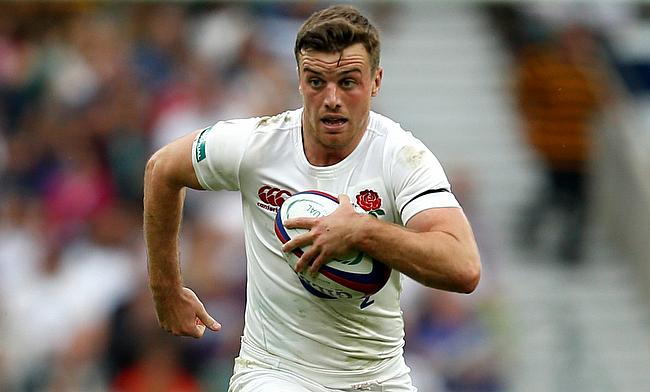 Despite, missing out on at least 15 players to British and Irish Lions tour, England completed a 2-0 series whitewash against the Pumas in Argentina with head coach Eddie Jones naming a squad that featured as much as 11 debutants.

England are scheduled to play Argentina, Australia and Samoa in their autumn internationals and the Lions contingent are expected to be back in the squad but Ford is still awe of the depth in talent up for Jones' disposal with 2019 World Cup around the corner.

"Argentina was a bit of a different challenge," Leicester star Ford said.

"We had so many players missing, we had a lot of young lads and new lads in the squad, and as a 10 you have got to be able to understand that and try and bring them up to speed and manage them a little bit more.

"It was brilliant for me, and it was a really enjoyable two weeks out there.

"I enjoyed getting to know different people, guys like Alex Lozowski and Piers Francis. It is refreshing to get to know those guys and their games.

"What the Argentina tour did was it gave guys opportunities, and it gave Eddie and the coaching staff a chance to have a look at a few players.

"I have never known the strength in depth of what the English game is at the minute. If someone was to go down (injured) and not be able to play in a Six Nations game or an autumn Test, the amount of guys who could come in and play at that level and do really well is frightening, really.

"Guys are getting experience of the Premiership now at a younger age, while the Under-20s World Cup and that programme is also helping a lot. You look at the Curry brothers, Nick Isiekwe, Nathan Earle, they have all come through the academies and are pushing for Test squads now, which is brilliant."

The 24-year-old switched from Bath to Leicester Tigers on what will be his second stint with the Welford Road unit. Even though, Ford is expected to be part of Jones' 2019 World Cup plans, the fly-half insists that his immediate focus is on doing well for his club.

"I think our game, as always, will be built on strong foundations, but we definitely want to exploit that talent we've got on the edges," Ford added.

"They are all strong, elusive runners, they are all finishers and they are all eager to get their hands on the ball and have lots of involvement in the game.

"We want to try and get them in a bit of space. We think they can cause some damage. We've been working hard on our execution to hopefully exploit some space on the outside.

"At the top level, you have got to learn rapidly and evolve with the game. The game has changed since I was at Leicester four years ago. As a 10 now, you have got to be able to do everything - you just can't sit in the pocket and kick corners.

"You have got to be able to go to the line a little bit, be a threat yourself, put people in space and manage the game. You've got to be strong defensively, and then there are the other bits such as the goalkicking.