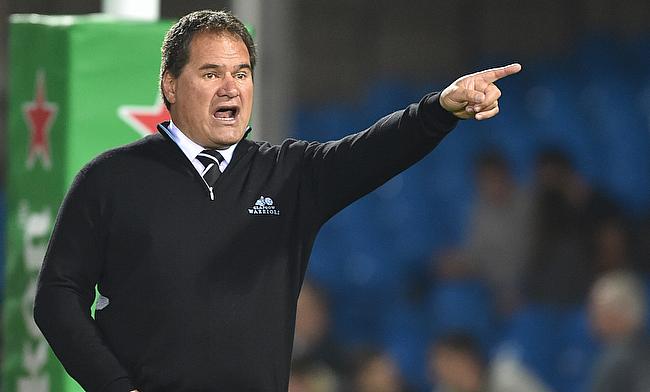 Glasgow Warriors head coach Dave Rennie has urged for an improvement in the forwards link as the Scottish side succumbed to their second successive defeat in the ongoing European Champions Cup.

The Scotstoun outfit entered the European competition with a lot of confidence following six straight wins in Pro 14 but were defeated by Exeter and Leinster in the opening two rounds of the tournament and now are languishing at the bottom of Pool 3.

"There's no doubt throughout our competition and in Europe that sides want to put you in the corner and drive," he said. "We have a few things to sort out there, the penalty count is an issue because it gives teams an opportunity.

"We are aware of that and have some young men up front. They're learning quickly and working hard, but we need to learn some lessons.

"We need a good mix of how we attack and building pressure in-between that."

One aspect of Glasgow's play that makes them such an easy watch however is their willingness to throw the ball wide, wherever they are on the pitch as proved by well-taken tries from Stuart Hogg and Tommy Seymour.

The wet conditions against Leinster forced lots of unforced errors and Rennie opined that his players have to learn when to run the ball and when to play safe.

"The try Tommy scored was a great try, built from a lot of phases and pressure, but too often we're trying to throw passes that aren't on or some obvious kicking options.

"We need a blend of carrying and putting pressure on the opposition."

Glasgow will host Montpellier at Scotstoun Stadium in round three of the European Champions Cup on 8th December.