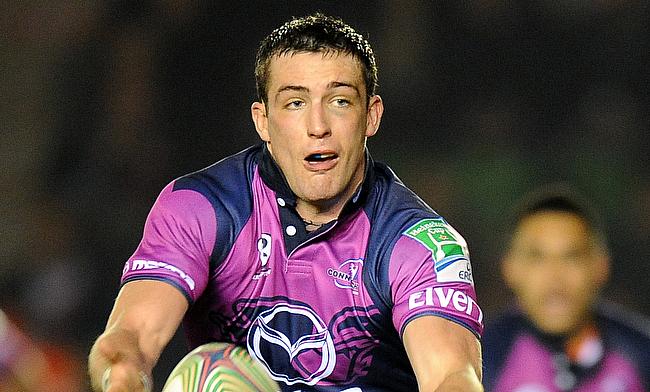 Connacht centre Dave McSharry has announced his decision to retire from professional rugby after failing to recover from a string of concussion injuries.

The 26-year-old suffered a series of concussion injury over the last one-year and was sidelined since February which also affected his chances to feature for the Ireland team after he was called into the Six Nations training squad. His decision to retire comes after consultation with a neurologist last week.

After making his debut in 2011 for the club, McSharry has represented Connacht 65 times as the Galway based club went on to clinch their maiden Pro12 title last season.

"Although I am devastated that my time as a player has come to an end, I know that it is the only decision available to me after speaking to the specialist," McSharry told the official Connacht website.

"I leave Connacht Rugby with incredible memories that I will cherish forever and I am hugely proud to be leaving as a PRO12 champion."

Acknowledging it was a tough season for McSharry, head coach of Connacht Pat Lam wished him a speedy recovery.

"It has been a difficult year for Dave but throughout it all he has remained the consummate professional and has contributed greatly as a valued and popular member of our team," said Lam.

"While we are sad to see him moving on from the set up here, Dave's health comes first and it is a reminder to all of us that rugby is only a small part of our life journey.

"He will have a support system and friends for life from his time at Connacht Rugby and we wish him well for the future."