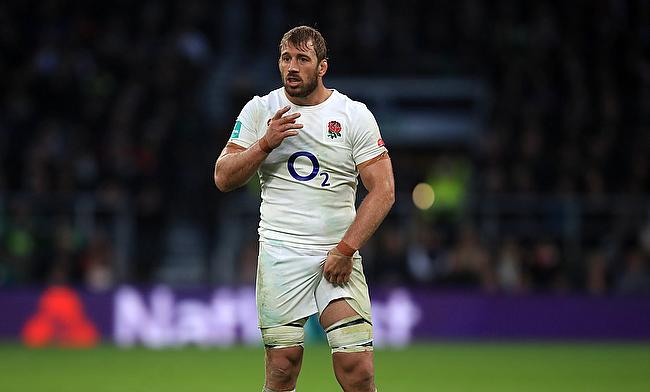 Former England captain Chris Robshaw has come in strong support of his team-mate Dan Cole and is confident of the Leicester Tigers prop brushing aside criticism from Australia coach Michael Cheika in the upcoming clash at Twickenham.

Just a day after England forwards coach Steve Borthwick came in support of Cole, Robshaw joined the rally and believes the 29-year-old is experienced enough to not get bogged down from the mind games employed by Australia.

"Dan's been around a long time. He's been playing well and he's been to two World Cups. He's an incredible player and a fantastic scrummager," Robshaw said.

"He'll go out and produce like he does every single weekend, whether that's for club or country.

"I've roomed with Dan over the past four to five years and played with him and against him, so I know what a threat he is on your scrum from when I've played against him and also what a strength he is to have in your side.

"Someone like Dan, who's been around a long time and has 70-odd caps, I don't think he'll be too fazed.

"He'll go out there and play as well as possible, as well as he always does, and produce again."

England had a fabulous run ever since their 2015 World Cup debacle and are now on a 13-match winning streak since their win against Uruguay and a victory on Saturday will help them level the record of 14 continuous victories which was set by Sir Clive Woodward's 2003 World Cup winning team.

Also they are in with a chance to go undefeated in the year which had seen them reach greater heights with a Grand Slam for the first time in 13 years in the Six Nations tournament and also a 3-0 series whitewash against Wallabies in Australia for the first time.

When they landed in Australia for the summer tour, Jones and the England team were the major targets for the local media and Robshaw is glad that they replied back with their performance on the field. Despite, the recent success against Wallabies, Robshaw is wary of backlash from their rivals.

"That is quite satisfying. We went down there and had a fair bit of abuse come our way," he said.

"I think as a group that makes you tighter together, especially when you're on the other side of the world.

"There's a huge amount of respect between England and Australia because we know how dangerous they can be. The battles we've had have been pretty even over the years.

"That England-Australian rivalry is huge and has been in all sports over the years. As a player it's great to be a part of because you know what it means.

"You've been brought up on how fierce that rivalry is. Spectators love being part of it as well and you can sense the atmosphere.

"Whenever I have played Australia - eight times - they have been an extremely dangerous side. They can hurt you from anywhere.

"Every time we've played them they've always been close games. No matter if they've been high or low scoring, there's always been only a couple of points between us.

"As a player you have to play for the full 80 and leave everything out there. All the guys are prepared to do that."