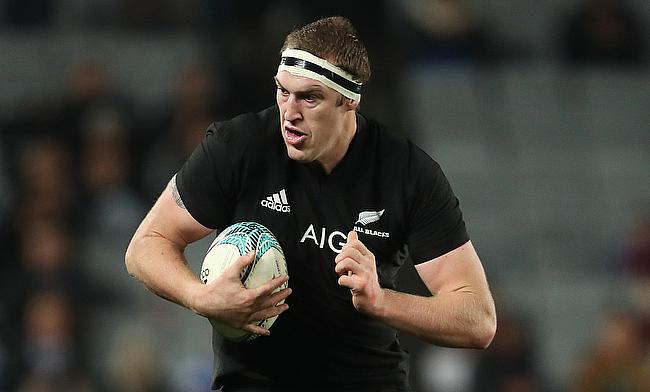 Brodie Retallick was one of the try-scorer for Chiefs
©PA

Damian McKenzie contributed with 22 points including a double as Chiefs went on to defeat Waratahs 39-27 in their Super Rugby encounter at FMG Stadium Waikato on Saturday.

The win keeps Chiefs in the third position in New Zealand Conference while Waratahs despite the defeat are at top in Australian Group.

Waratahs took just five minutes to get their first points on the board when Cameron Clark crossed over and Bernard Foley slotted the conversion and seven minutes later Curtis Rona dotted down for their second and once again the fly-half kicked the extras to perfection as Chiefs scored 14 unanswered points.

The host's response came in the 18th minute when Brodie Retallick touched down and Mckenzie's conversion brought down the gap to seven points.

The Chiefs continued to exert pressure on the visitors and Liam Messam's good work at close range sent Nathan Harris over the line in the 28th minute. McKenzie missed out on the conversion but ensured the New Zealand side ended the first half on top with a converted try four minutes later as they headed into the break with a 19-14 lead.

Six minutes into the second half, Foley kicked a penalty goal to narrow down the gap to two points Toni Pulu made full use of the bouncing pass from McKenzie to score Chief's fourth try. With Kurtley Beale and Pulu trading tries, Chiefs maintained a 29-24 lead by the end of the third quarter.

Foley with his second penalty goal in the 65th minute brought down the gap once again to two points but McKenzie responded back with a three pointer of his own to restore the five point lead for Chiefs.

With all three possibilities on the cards, McKenzie, who had a fantastic game crossed over in the final minute to seal a vital bonus point victory for Chiefs.