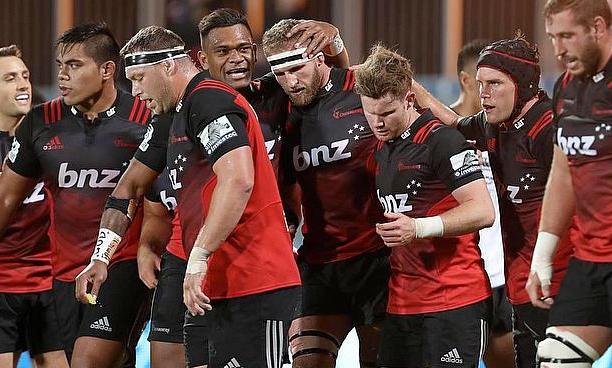 George Bridge scored a double while fly-half Richie Mo'unga contributed with 25 points as Crusaders dominated Highlanders in their Super Rugby encounter at AMI Stadium on Friday.

The win saw Crusaders stretch their lead over second-placed Hurricanes to 13 points as they dominate the New Zealand Conference that has Highlanders at the fourth position.

Crusaders dominated from the start when George Bridge grabbed a long pass from Bryn Hall to cross over in the third minute and two minutes later Joe Moody left the field for hosts.

The lead for Crusaders became 12-0 when fullback David Kaetau Havili made full use of a perfect pass from Hall to go over the line and Mo'unga slotted the conversion.

The response from the Highlanders came in the 19th minute when Tyrel Lomax touched down and the conversion from Lima Sopoaga reduced the trail to five points. As the half time was approaching, Mo'unga and Sopoaga traded penalties before the Crusaders fly-half kicked another three-pointer to take the score to 25-17 before the break.

Mo'unga extended the momentum for Crusaders with a converted try at the start of the second half but Highlanders immediately responded through a try from Waisake Naholo in the 46th minute as the scoreline remained 32-22.

Even though both sides tried to attack in the next 15 minutes, the points did not come and the deadlock eventually ended when Mo'unga kicked his third penalty goal and soon Bridge scored his second try in the game. Mo'unga ensured Crusaders finished the game well with a conversion followed by fourth penalty kick to seal a 45-22 win.