Could Rugby Union ever overtake the NFL in popularity in the USA? 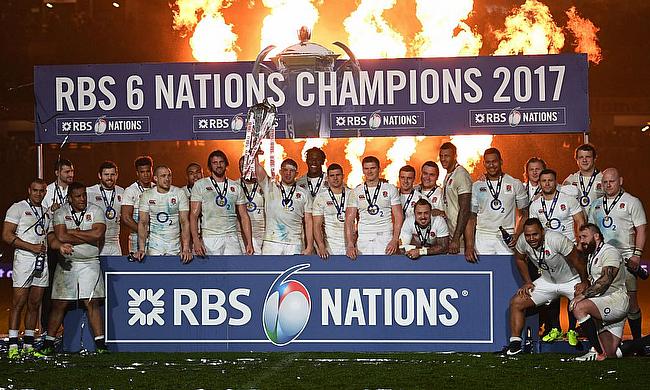 The 2018 Six Nations Championship will be on NBC in the USA. The TV deal has been announced and will see NBC, one of the top sports broadcasters, in the USA, broadcasting all 15 matches across both digital and other platforms.

Six Nations CEO John Feehan commented on the announcement: "We are very excited to be working with NBC Sports Group on the broadcast of the Six Nations Championship in the USA. It is fantastic that Rugby's Greatest Championship will now be showcased on NBC Sports' broadcast, cable, and digital platforms, which will allow us to bring it to a bigger audience in the USA."

Over the past 15 years, average TV viewing of the Six Nations has increased by over 30% to over 125 million TV viewers a year. Rugby's Greatest Championship is now broadcast in over 180 countries globally.

"The Six Nations Championship is an iconic centre piece of our robust rugby portfolio, which has featured the addition of exclusive US media rights for the Rugby World Cup and Premiership Rugby in the past two years." - Jon Miller, President, Programming, NBC Sports Group said.

NBC also broadcasts Olympic Rugby, the Rugby World Cup (both sevens and 15-a-side) and the Aviva Premiership on its platforms.

It is interesting to note the growth of Rugby in the USA over the last 15 years. Rugby has been labelled as the fastest growing sport in the USA for a number of years and it is set to grow further will this TV broadcasting announcement and makes it easier for those who enjoys betting at 888Sport to follow the sport.

There are now more than 115,000 registered players with USA Rugby, with 32,000 of them coming from people who are in college and higher participation rates than established rugby playing countries like Wales and Scotland.

Of course, America's population is far greater than both Wales and Scotland combined which doesn't give this figure much penetration, but it's still impressive nonetheless considering the popularity of the sport in both of these countries.  The estimated rate of participation growth in rugby between 2004 and 2011 was 350% and there are now 800 college teams as well.

Just for the record, the chances of Rugby overtaking the popularity of the NFL in the USA is negligible, however, its popularity will continue to grow whilst TV broadcasters are prepared for full coverage of the top tournaments.