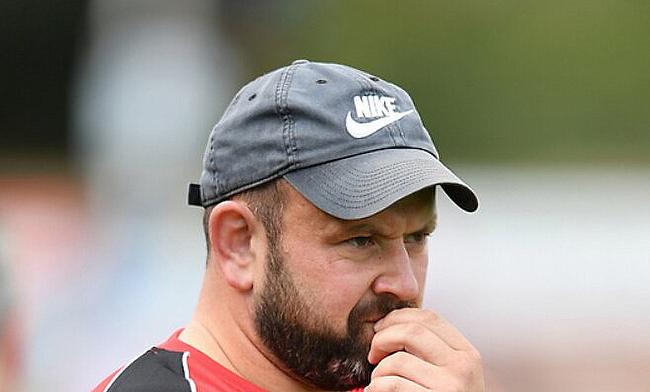 As we reach the end of week 16 of lockdown and the subsequent phases in the UK, there is light at the end of the tunnel as things begin to return to some sort of normality.

However, for many involved in the rugby fraternity and beyond, it has been a tough time since March 23rd without a usual routine, the absence of group training as well as the lack of banter and camaraderie that any dressing room environment provides.

It has also brought into sharp focus the difficulties many face balancing their rugby commitments with family and work life and - as we get ready for the ‘new normal’ - one well know figure in Scottish rugby is keen to keep the discussions around mental health issues going into season 2020/21 and beyond.

“I have suffered from depression since I was 23,” Gavin Blackburn, who has played and coached at pretty much every level of the game for well over two decades, told TRU.

“I am 41 now and it took me many years to develop a mindset to get myself into a space to deal with it. In fact, that has only really happened recently thanks to the help of my partner Sinead and others around me.

“Now I feel as if I can get along with things and I have coping mechanisms in place to make sure that it doesn’t affect me too much, but I know there are others who aren’t in a place to be able to do that and this recent period has been hard for many.

“Although mental health issues are much more widely discussed now, many still find it hard to talk to family or close friends about it and that is where, for young rugby players suffering, your club mates can be so important.

“It can be easier to talk to them because you have a connection and you know that you won’t be judged.

“Over the last few months, it has been great to see so many clubs keeping active on social media and also having regular Zoom calls and what have you because going from seeing your team mates at a grassroots level every Tuesday-Thursday-Saturday to not at all can be tough.

“Suddenly the banter and the fun has disappeared, so that togetherness in these strange times has been good to see, but it still needs to continue as the roadmap to a return to the sport continues.”

Recently Blackburn, who runs his own landscaping and maintenance business, bravely posted a video to his own Facebook page encouraging people feeling low or with any mental health issues to talk and not keep it to themselves.

“I wanted to put it out there not just to tell my story, but really to help others and make them realise that a lot of us are going through different things which aren’t instantly noticeable,” he stated.

“The response has been positive and it is OK to not be OK. Many people say nothing and suffer in silence, we need as many people as possible to talk about depression and other mental health matters. There is no shame in feeling down or not fully yourself.”

“Being in the Saracens Academy set-up was a great experience”

Blackburn grew up playing for Glasgow Southern - now known as GHA - when he was a youngster and it soon became clear he was a young front-row with a lot of promise.

“After school I had a season in the Saracens Academy set-up and that was a great experience,” he recounts.

“Just being around players of that calibre made me realise how hard I had to work to keep improving my game and that time and half a season at London Scottish really toughened me up as a prop who could play on both sides of the scrum. Playing down south, there was a massive emphasis on the front five, physicality and work rate so that helped me a lot.

“At the same time, I was playing for Scottish age-grade sides and the Scottish Exiles and we had a great time in the under-21s, I was playing alongside some really talented guys who would go onto full caps like Allan Jacobsen, Jason White and Marcus Di Rollo.

“It has not been until recently when I have thought back to those days that I realised just how much a shift they were in terms of a rugby style and how much I grew as a player and a person because of them.”

Next up, Blackburn spent a large chunk of his playing days at Stirling County and he played alongside Scotland caps such as Al Kellock and Ally Hogg there, as well as scrum-half Mark McMillan who had a fine career with Leeds, Wasps, Glasgow and Bath as well as representing Scotland ‘A’.

“My time at Stirling was excellent, it is such a good club, and then my playing days came to an end with Whitecraigs before I then moved into coaching at that club,” he explains.

“That was with the Whitecraigs under-18s and I have loved coaching since then and have worked at really good clubs at different levels such as Dunfermline, Kilmarnock, Biggar, Garnock, Stirling County and West of Scotland.

“What I have always enjoyed is trying to make players better, but also to make sure that everyone is enjoying the environment too.”