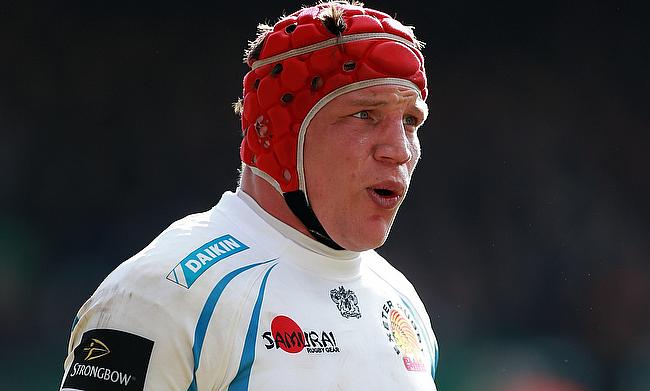 Exeter Chiefs were made to pay for last Saturday's bonus-point win over Clermont Auvegne in the European Champions Cup, losing 42-10 to the French giants in Sunday’s reverse fixture.

Despite a bright start, in which they kept the ball for almost three minutes from the kick-off and earned a penalty from Gareth Steenson, the Chiefs were on the end of a hiding as last season's beaten finalists got back on course in Pool Two.

Even though the home side lost outside-half Camille Lopez to the first of the game's four yellow cards after only three minutes, Clermont turned on the style to emerge from the first 10 minutes with a 13-3 lead.

Successive errors from the Chiefs led to Morgan Parra kicking a simple penalty, Scott Spedding then launched a massive kick from a metre inside his own half and then former England wing Dave Strettle raced 30 metres to the posts to score.

The Chiefs lost number eight Thomas Waldrom to the sin-bin for ripping the ball out of the arms of a Clermont player on the floor and the visitors paid a heavy price for his loss.

By the time he returned they had conceded two tries - to Alexandre Lapandry and Fritz Lee - and 12 points, leaving them 25 adrift of their hosts.

There were two more tries for the home fans to savour before the end, with giant lock Sebastien Vahaamahina driving over and then Lions centre Jonathan Davies crossing in the corner.

The Chiefs response was a solitary try in the game’s dying embers; a try which came only after Clermont had lost two players to the sin-bin.

Italian referee Marius Mitrea had earlier sent Vito Kolelishvili and Clement Ric to the sidelines for their parts in pulling down two Chiefs' driving line-outs.

Against 13 men, the visitors were able to push Tom Johnson over for a try which Will Holley converted five minutes from time.

But it was too little, too late and Clermont - unbeaten in the European Cup on home territory since losing to Sale in 2008 - are back in the race for a quarter-final spot.