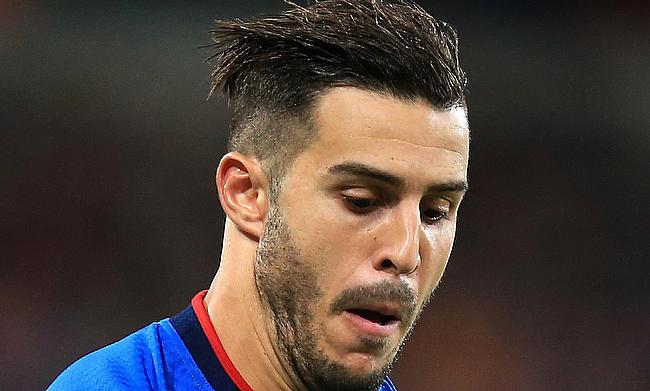 Sofiane Guitoune was among the try-scorers for Bordeaux
©Press Association

Ospreys' second-half comeback proved in vain but they still collected two losing bonus points in a 33-27 defeat at Bordeaux-Begles to keep their hopes of qualifying for the European Champions Cup quarter-finals alive.

The French side appeared to be out of sight after the first 40 minutes following tries from Julien Rey, Berend Botha and Sofiane Guitoune, giving them a 25-10 lead.

Wing Eli Walker replied for Ospreys only for replacement Yann Lesgourgues to re-establish Bordeaux's 15-point advantage, but the home side were given an almighty scare as Alun-Wyn Jones and Dan Biggar crossed in the closing stages.

Bordeaux, though, managed to withstand the valiant late push for a bonus-point victory although it was not a completely forgettable night for Ospreys, who increased their lead at the top of Pool Two to two points.

They have, however, played a game more than their conquerors on Saturday night and Exeter, and two more than Clermont Auvergne.

It was a tough start for Ospreys as they fell behind with barely a minute on the clock, the result of a mistake from Sam Davies kicking out on the full. From the following line-out, Bordeaux moved the ball to Rey and the centre crossed the whitewash with the TMO confirming the grounding.

Pierre Bernard added the extras but to their credit Ospreys picked themselves up and drew level two minutes later, with Justin Tipuric racing 35 metres to touch down and Biggar converting.

A long-range penalty from Bernard put Bordeaux ahead once more after eight minutes and although hooker Clement Maynadier was sent to the sin-bin after interfering with a ruck, they extended their lead when Botha took advantage of a gap in the defence to cross after 19 minutes.

Bernard missed the conversion and a penalty but then split the posts to put Bordeaux 18-7 ahead and then added the extras after Guitoune took advantage of a poor pass from Davies to race the length of the field just after the half hour for Les Girondins' third score of the evening.

Biggar reduced the deficit to 15 points with a penalty and although Ospreys were on the back foot at the beginning of the second half, Walker went over in the corner in the 51st minute to eat into the arrears even further.

Baptiste Serin's yellow card gave Ospreys hope but for the second time they conceded a try despite possessing a numerical advantage, with Lesgourgues beating Walker in a foot race to score the bonus-point try in the 64th minute.

Stung into action, Ospreys hit back as Jones burrowed his way over the line in the 68th minute before Biggar went clear after intercepting a loose pass 10 metres from his own line for his side's bonus-point try five minutes later.

Biggar converted his own score to claw the deficit back to three points but their desperation proved their undoing and an infringement directly in front of their posts allowed Serin to boot a penalty on the hooter to preserve Bordeaux's victory.