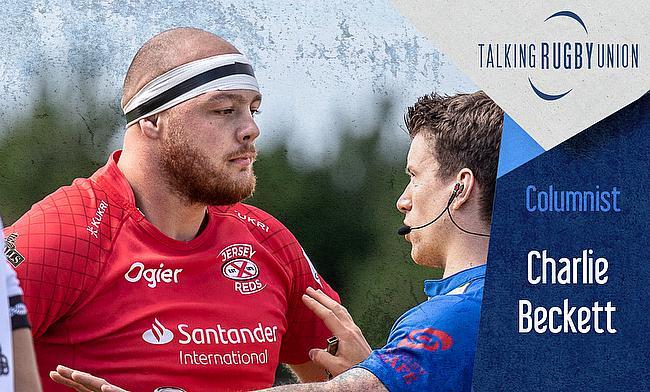 Let me start this by making one thing very clear. The fact that in 2021 anyone has to justify why they care about women’s sport, to me, is at best, ludicrous, and at worst, sickening, and disrespectful to all the incredible women who dedicate themselves, and their lives to their chosen sport, whatever that may be.

With that said, this column will, of course, focus on women’s rugby. I am a huge advocate for the game being treated and analysed just like men so when I see comments on social media discussing the intricacies of matches, I am encouraged even if they are criticisms of certain players or teams.

However, I will never be ok with women’s rugby, as a whole, or individual players, being criticised simply because they are women. Unfortunately, this far too frequent occurrence reared its ugly head last week in the shape of the disgusting and downright laughable, ‘Who Cares?!’ comments on Sky Sports' Instagram post announcing the postponement of the 2021 Women’s Six Nations.

This sparked the excellent ‘#ICare’ movement on social media, in which people expressed exactly why they care about women’s rugby. I went to type out my tweet, but felt I had far too much to say than could ever be possible in 280 characters, so allow me, through this column, to tell you exactly why #ICare…

I often get told that I only care about, or, I am only interested in women’s rugby because of my sister, and for those of you who don’t know, my sister Sarah is one of the current England internationals. Obviously, that will mean that I have a keener and more personal interest in women’s rugby than a lot of people, but the notion that it is the only reason I care about it is simply not true.

Let me start with the on-field side of things. I have already gone into my thoughts on the quality of the women’s game in far more detail in one of my previous columns for TRU, but let me tell you, it is excellent to watch. Women’s rugby is quick, it is tenacious, it is skilful while physical, tactical while chaotic, enthralling while intriguing, and edge of your seat nail-biting and action-packed. 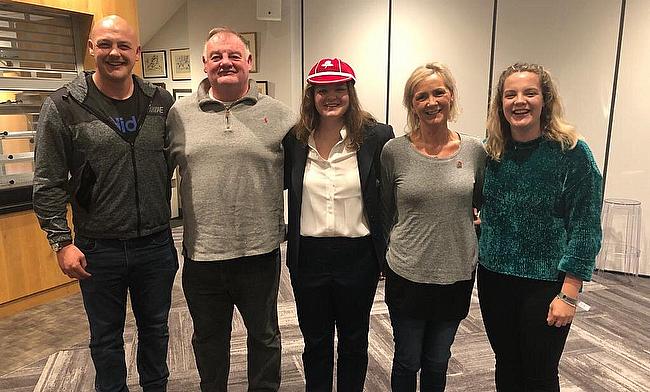 Charlie's dad, Mark, coached Firwood Waterloo in the Premier 15's competition, whilst his other sister, Kate (far left), has represented the University of Leicester
©Charlie Beckett

Now allow me to discuss the off-field reasons why I care about women’s rugby. I’ve been fortunate enough to see, first-hand, by watching Sarah and coaching Cheltenham Tigers Women, just how hard the women who play rugby have to work at the elite level.

I can already hear the ‘Who cares?!’ trolls screaming 'Any elite athlete has to work hard to get there, though. It’s no different because they are women from their 19th-century misogynistic caves, and to that, I would say this: Yes, any elite athlete has worked hard to get where they are, no doubt about that, but women', in elite rugby, have a whole plethora of extra challenges to overcome that we men do not.

First, there are sexist idiots criticising them for daring to be a woman and play a ‘man’s sport’. Firstly, can anyone show me where it states rugby is a man’s sport in the law book? Did William Webb Ellis scream ‘This is only for men, women shall never play this sport!’ as he picked up that football on that fateful day at Rugby school?

Secondly, can you even imagine the mental fortitude it must take to carry on doing something when you know, it doesn’t matter how well you do, or hard you work, people will always tell you that you ‘aren’t good enough’, and ‘no one cares’ simply because you’re a woman?!

The mental resilience and sheer bloody-mindedness these women have is to be applauded. It can’t be easy to keep dusting yourself off and keep carrying on, that incredible drive and determination is another reason I care.

Every male Premiership rugby player is professional; rugby is his job, he can commit absolutely everything he has to being the best rugby player he can possibly be. The same, unfortunately, cannot be said for the women’s Premiership.

Currently, in England, there are 28 full-time professional women’s rugby players. There are 10 teams in the Allianz Premier 15s. Each squad carries 40 players and a quick flick on my calculator tells me that 400 players are playing at the top level of English rugby. As I alluded to before, 28 are professional, but more importantly, 372 are not!

372 of these elite athletes, who perform and compete at the top level of their sport, week in and week out, are doing this while having another job! There are nurses, doctors, police officers and firefighters, finishing a shift on the front line and going straight to training. There are teachers, accountants, shop workers and physios, getting up at the crack of dawn to get a gym session in before their 9-5. The list goes on and on.

These incredible women make sacrifices and life choices we, their male counterparts, couldn’t even fathom, in order to be able to compete at the elite level which they do. That sacrifice and commitment is another reason I care.

I could go on and on all day about the reasons I care about women’s rugby, and women’s sport in general, but I won’t. However, you don’t have to care about it too.

That may shock you. You may have thought I would end this column telling you that you must care the way I do, but honestly, you don’t have to, and if you don’t, that’s ok. What isn’t ok, though,  is going out of your way to belittle women’s sport. That’s really not ok.

I don’t care about ten-pin bowling. I like many weird and niche sports, but ten pin bowling just isn’t my cup of tea. What you don’t see is me, all over the International Bowling Federation’s social media accounts commenting ‘who cares?!’. If you don’t care about women’s rugby, just scroll on by when you see anything about it on your social media, it’s really not that hard.

Quickly though, just a message to those idiotic trolls who feel they can’t scroll by without saying something misogynistic and belittling. Every time you disrespect any women’s sport, simply because it is women who are playing it, it’s not just them you are disrespecting. You are disrespecting all women, that includes your mothers, your aunts, your wives, your sisters and your daughters.

How would you feel if someone spoke to them the way you are speaking to female athletes whenever you post your derogatory comments? On the off chance any of you are reading this, I implore you, be better, just be better!

Finally, to all those badass, rockstar female athletes out there, absolutely crushing it in whatever your chosen sport is, keep going. It may feel like an uphill struggle, and I know I can never fully understand it, but I promise you, I care.

But more importantly, millions of other people care too!