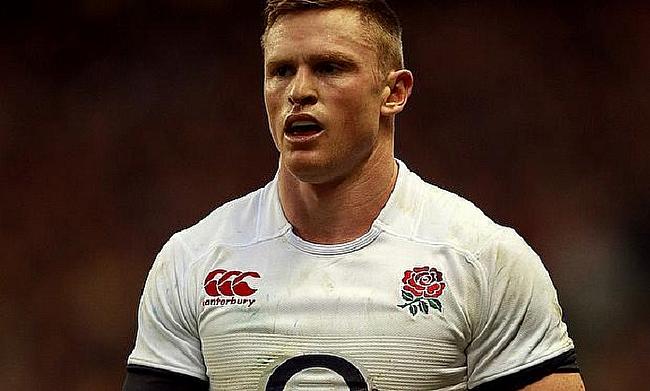 Joe Harvey rounds up the action from Round Two of the European Challenge Cup where a certain Chris Ashton grabbed the headlines...

For an entire half, Saints completely dominated this game. It started with David Ribbans’ effort in just the fourth minute and was quickly followed by Alex Mitchell’s score and a penalty try, the latter coming as a result of a man advantage.

Dragons finally got off the mark early on in the second half. Elliot Dee got over the whitewash, allowing Josh Lewis to slot the conversion. However, Ben Franks would wipe out Dee’s score with a try of his own which was converted by James Grayson.

Jarryd Sage would score another try for Dragons and his effort was converted by Lewis. Cobus Reinach dove in at the corner to score his try, allowing Northampton to respond.

?? "Up 'til half-time we shut them out of the game, which was really pleasing."

Further progress and all five points - Chris Boyd reacts to the @ERChallengeCup win over Dragons pic.twitter.com/lYlHIpyjbc

Reinach wouldn’t be far from the action at the end of the game as he was at fault for a penalty try that saw the scrum-half sinbinned right at the death.

Benetton started this game strongly with two tries from Luca Bigi, one of which was converted by Tommy Allan. Agen started to hit back with an Antoine Miquel try that was converted by former Queensland Reds player Jake McIntyre, who would also score a penalty to end the first half.

The second half started much like the first. This time, the Benetton try came from Fijian winger Iliesa Ratuva Tavuyara and was converted by Allan. McIntyre added a penalty soon after for Agen. Yoan Tanga was next on the scoresheet for the French team, giving his teammate another kick from the tee and securing Agen a win.

To say that La Rochelle haven’t been challenged in this competition so far, would be putting it lightly. Paul Jordaan and Jono Qovu Nailiko both scored tries that were converted by Maxime Lafage to begin proceedings against Enisei-STM.

Alexey Scherban would score Enisei’s first try and it was converted by Iuri Kucshnarev, but La Rochelle scored soon after through Romaric Camou which was again converted by Lafage.

Enisei’s Maxim Gargalic was red-carded which really opened up the game for La Rochelle. Brieuc Plessis-Couillaud was the first to take advantage of the extra man. Uldis Saulite would score a try for the Russians, but Camou and Gregory Alldritt would hit back with two quickfire tries that Lafage kicked over to bring in half-time.

French international Kevin Gourdon scored the first try of the second half which was swiftly followed by Thomas Berjon. Jean-Charles Orioli and Mohamed Boughanmi would score La Rochelle’s final tries of the day, one of which was converted by Ihaia West.

Stade Francais’ Tony Ensor was sent to the sinbin in the 35th minute and his dismissal came just before Pau were awarded with a penalty try.

However, Jimmy Yobo scored a try for the Parisiens that Morne Steyn was unable to convert.

Hastoy would end Pau’s scoring with a 62nd minute penalty. The final score of the game was a Piet van Zyl try that Steyn was able to convert.

Tom Pincus scored first in the game for Bristol. The Australian winger got the visitors off to a flying start and Callum Sheedy converted Pincus’ try to extend the lead. But, it wouldn’t take long for Zebre to start their resurgence. Carlo Canna scored and converted a try just prior to Jimmy Tuivaiti’s effort.

Bristol ended the half with another Pincus try and another Sheedy conversion. The second period was far more low-scoring. Two second-half penalties from Canna and just the one from Sheedy saw Zebre get a narrow victory.

Clermont had a convincing victory over Timisoara Saracens. Early on Peceli Yato scored a try that Pato Fernandez swiftly converted. Two more tries would follow for Clermont as Peter Betham and Apisai Naqalevu both had their efforts converted by the impressive Fernandez.

Fijian prop Mesake Doge got over the whitewash first for Timisoara, allowing Luke Samoa to start his tally from the tee. The first half ended with another Naqalevu score and yet another perfect Fernandez conversion.

It took nearly 20 minutes for the second half’s first score. Samoa got over the try-line, but was unable to convert his own try from the tee.

Yato got his second try of the game not too long after. The Fijians try was soon followed by three from countryman Setariki Tuicuvu, all of which were converted by Fernandez.

The final two scores of the game came from Naqalevu and Arthur Iturria, scores that were, of course, slotted by the reliable Fernandez.

An early Faf De Klerk yellow card gave Connacht’s 21-year-old fly-half Conor Fitzgerald two penalties as the visitors got off to a good start at the AJ Bell.

De Klerk was back on the pitch soon after the second Fitzgerald score and the Springbok landed two more kicks from the tee prior to the first try of the game.

There was lots to enjoy on & off the field at Saturday's Home win against Connacht. Here's a look back at the bits you might have missed...

The try came courtesy of hooker Shane Delahunt and Fitzgerald was able to convert too. Sale finished the first half with a try of their own. Chris Ashton, fresh from his long ban, scored his first of the afternoon, allowing De Klerk to get another two points.

In the second half, Sale pressed on. Josh Beaumont and Ashton both had scores converted by their diminutive scrum-half to put them well ahead. Ashton completed a hat-trick on his debut for Sale in the 63rd minute, ending the scoring with a De Klerk conversion. A really good game from the Sharks.

Yet another draw in Europe. Perpignan got the scoring underway with a Shahn Eru try in the eighth minute, but Paddy Jackson was unable to convert the score. Baptiste Serin then scored a penalty, but Jackson would respond in kind nine minutes later, following a converted Jefferson Poirot try for Bordeaux.

Eru would score another try from the backrow, but again Jackson was unable to convert, however, penalties from Jackson started the second period’s scoring for Perpignan.

However, the hosts responded as Lucas Meret was on hand to convert the try of his Begles teammate Adrien Pelissie.

Seguy Roumauld traded penalties with Meret, prior to two Bordeaux-Begles players being sin-binned for the remainder of the game. Roumauld took advantage of the player advantage, scoring a penalty to take Perpignan five points ahead, but Bordeaux would equalise with seven minutes to go through Jean-Baptiste Dubie.

Quins resumed their bad form on the road, this time losing narrowly to Grenoble in France. Corentin Glenat opened the scoring for the hosts. Following that Marcus Smith scored and converted his own try to take his side in front. The final points of the half were scored from the boot of Glenat with two penalty kicks.

Smith nudged over two penalties early on in the second half. The first try of the game was scored by former New Zealand Sevens player Lolagi Visinia, converted by Burton Francis and the fly half would secure his sides win with a penalty kick late on.