Carter to start against unchanged Scots 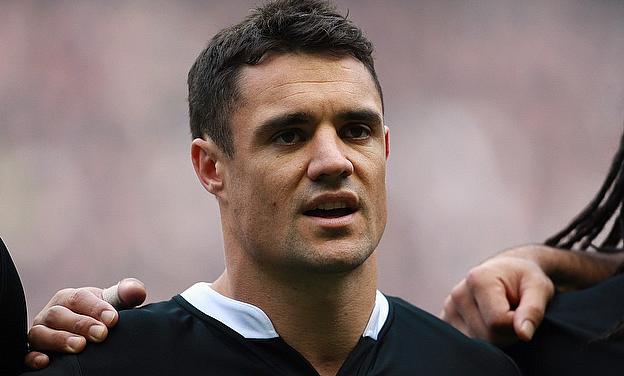 Dan Carter will make his first Test start of 2014 when world champions New Zealand face Scotland at Murrayfield on Saturday.

Greig Laidlaw - man of the match against the Argentines - will again skipper the side from scrum-half, while New Zealand-born duo Sean Maitland and Blair Cowan will have their loyalties tested as they come up against the All Blacks for the first time.

Cotter has, however, made four changes to his bench, with Glasgow Warriors forwards Fraser Brown (hooker) and Tim Swinson (lock) replacing Scott Lawson and Jim Hamilton - who spent just four minutes on the pitch against Argentina before being sin-binned - while Johnnie Beattie and Chris Cusiter come in for Alasdair Strokosch and the injured Henry Pyrgos (head knock).

The All Blacks fly-half, now fully recovered from a broken leg, will feature in a team showing 13 changes and two positional switches from New Zealand's 24-21 victory over England last weekend.

Only Ben Smith and skipper Richie McCaw remain, with Smith moving from wing to full-back and McCaw featuring for the first time during his stellar international career at blindside flanker instead of wearing the number seven shirt.

Hooker James Parsons makes his Test debut, and there are also starts for the likes of Colin Slade - normally a fly-half, but chosen on the wing against Scotland - centre Malaki Fekitoa, prop Joe Moody and second-row forward Dominic Bird.

All Blacks head coach Steve Hansen said: "We have had a good week's preparation so far, there is a spring in the step of the team and real excitement looking forward to the Scottish Test.

" We have a lot of respect for the Scots and, like all northern hemisphere teams, know that they will bring a lot of physicality to the park.

"However, we also expect them to want to move the ball, particularly from any turnovers or free-kicks. That style certainly suited them last week (against Argentina) and makes them, we believe, even more dangerous.

"Though we have made changes to our team, there is an expectation that those who fill the jersey will deliver quality performances."