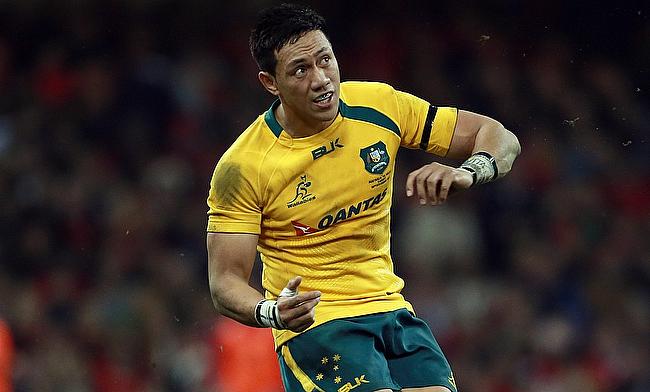 Christian Leali'ifano was part of the winning Brumbies side
©PA

Waratahs missed an opportunity to secure a home semi-final as they suffered a 31-40 defeat to Brumbies in the final round of the Super Rugby 2018 season at Allianz Stadium on Saturday.

Waratahs with 44 points have already qualified to the play-offs but a win against their Australian semi-finals could have benefitted them with a home game while Brumbies end the season with seven wins from 16 games.

It took Brumbies just three minutes to get their first points on the board when Thomas Banks capitalised on a pass from Curtis Rona to score the opening try and Christian Leali'ifano improved it to take their tally to seven points.

Even though Bernard Foley kicked a ninth minute penalty goal to get Waratahs off the mark, Brumbies stepped up the gear with back to back tries from Richie Arnold and Isi Naisarani in the 12th and 20th minutes respectively and Leali'ifano improved both to take the scoreline to 3-21.

The momentum of the visitors' was dented a bit when Folau Fainga'a was sin-binned for bringing down a maul and Waratahs capitalised on the numerical advantage with Damien Fitzpatrick crossing over but his efforts were negated by Andy Muirhead as the teams headed into the break with a 10-26 lead.

Brumbies were quick to get off the block with Kyle Godwin diving over the line at the start of the second half and moments later Taqele Naiyaravoro touched down for the hosts as the visitors maintained the 16 point gap.

As the final 10 minutes kicked off, Waratahs lost Tom Staniforth to sin-bin for an infringement at maul and despite tries from Will Miller and Brad Wilkin, Waratahs succumbed to a 31-40 defeat.