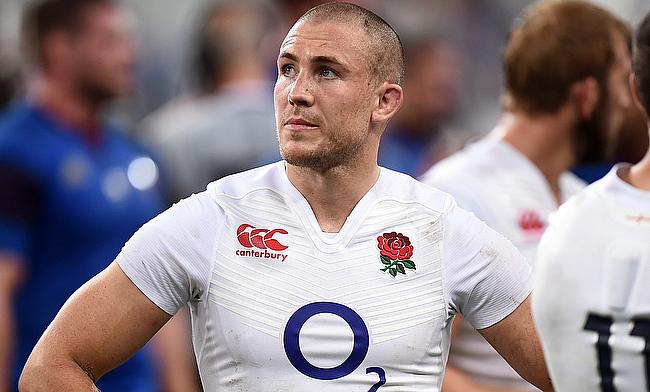 The 30-year-old has been with the Aviva Premiership club since joining the academy in 2002 and they announced on Wednesday morning that he had "committed his long-term future to the club" by penning a new deal.

Brown, who on Tuesday said he has lost his trust in the England set-up following dressing-room leaks during the disappointing World Cup campaign, will now turn his attention back to club rugby.

And, having signed a fresh contract, he now has his eyes set on winning more domestic trophies - Quins last lifted the Premiership crown in 2012.

"I believe we have some exciting times ahead of us with the new guys coming into the club this season and the young talent coming through from the academy.

"I feel we can compete at the highest level and push for silverware. Over the coming years I will be playing at my peak.

"I feel fit, strong and with the experience I have gained by playing international rugby, it will give me every opportunity to achieve the personal goals I have set for myself to win trophies for Quins, continue to play for England and hopefully be part of the 2017 Lions tour."

Brown has already clocked up 248 appearances for Harlequins, and director of rugby Conor O'Shea now expects him to see out his career at The Stoop.

He said: "Mike is the epitome of what Harlequins stands for. He has come through our academy and become one of the great full-backs of world rugby.

"I have watched him grow and become the bedrock for whatever team he plays for. He maintains the highest of standards off the pitch and will play at the highest level for many years as a result of that.

"We are all delighted he wants to commit to his only club for what will be, in all likelihood, the remainder of his career."