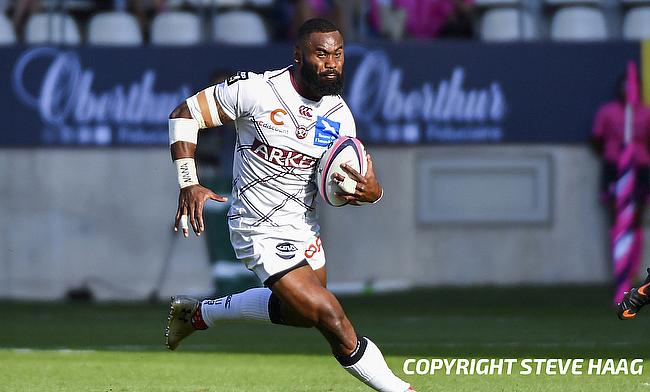 Bristol Bears have lodged a formal complaint on Fiji over injury concerns over Semi Radradra.

Radradra played all 80 minutes during the Autumn Nations Cup game against Georgia and has suffered a leg injury which is likely to keep him out of Bristol's opening two Champions Cup games against Clermont Auvergne and Connacht.

According to Bristol director of rugby Pat Lam, the 28-year-old sustained the injury early in the game but continued playing that aggravated his issue.

“In the first minute of that game, Semi carried the ball, there was a big collision and I knew something was wrong because he was limping,” Lam said.

“He pretty much limped through most of that first half, then they heavily strapped his leg.

“Fiji had control of that game, but he couldn’t chase, he wasn’t going at 100 per cent. I thought he would come off, but they kept him out there for 80 minutes.

“What turns out as a dead leg that probably should have been iced and he would have been good to go this week, that 80 minutes of running around turned into a serious bleed when he got here, and the leg blew up.

“The (Bristol) medical staff had to get on top of it. We scanned it, and unfortunately it could be two, maybe three weeks, that he is out.

“What’s disappointing about it is that Fiji had that game won early.

“And there is no doubt in my mind, because Semi told the medical team at half-time that he was struggling, that if Fiji were playing another game this week he would have been taken off ready for that game.”