Arnald: "The project of establishing this rugby team in New York is very exciting" 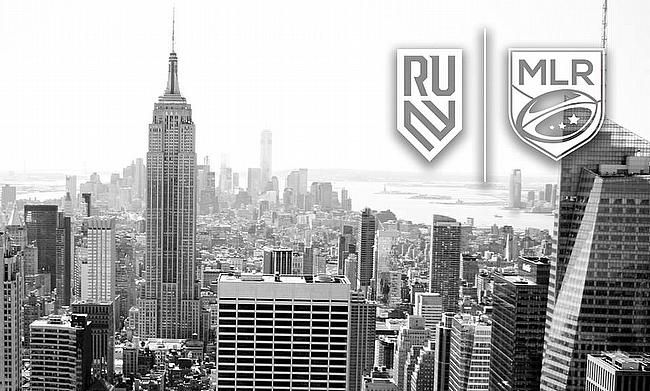 “First, we have to concentrate on the sport, because you establish the brand if you are competitive and winning. To build a team we need good players for sure, but we must create a good atmosphere for them; in training and when playing.”

Those are the thoughts of Rugby United New York’s new CEO Pierre Arnald.

Arnald is a name well known by fans of the Top 14. Director General at Stade Français for six years, Arnald took a year break after following the arrival of new owner Hans-Peter Wild. Wild’s ownership came after the uncertainty of the club’s future and a possible merger with arch-rivals Racing 92.

“I was very stressed because of this project,” Arnald told TRU. “I took one year to decide what I can do for rugby. I had several proposals from clubs in the European Cup, but I wasn’t really interested because I want to make something bigger.

“In New York, there is a project and I would really like to establish an academy there. It is very exciting to be in a free country were there is no political issue, because USA Rugby are supporting the MLR. In France, there was always conflict between the Top 14 and the FFR.”

Major League Rugby proved to be a real hit last season and the newest franchise on the block, Rugby United New York, are ready to join the growing domestic game in the USA. #MLRugby #RUNY

With RUNY becoming the first ever MLR side based on the east coast, it was recently announced that they would be joined on their side of the country by a side based in Boston, as well as one in Atlanta. With a strong rugby history in Harvard, there will be much excitement in their community that Major League Rugby is coming to the city.

“We need New York, Boston and Atlanta. Big cities should all bring a team.” Arnald stated. “In France, people are excited to have a rugby team in New York. I have received lots of calls from top French players asking about the league, the project and the training conditions.”

The club have recently announced the signings of two players. The pair have both played in England and on the World Sevens Series for the USA. The first was Luke Hume, a former Gloucester and Narbonne player. In addition to this, Hume also represented the USA in rugby league.

The club’s second new signing is someone that fans of the National Leagues could be aware of. Connor Wallace-Sims started his career at Canterbury RFC before representing USA U20s and then going on to play for the USA 7s and Old Blue in New York.

A lot of the clubs’ recent signings have been players who have represented either Old Blue or Athletic Club, the city’s two biggest rugby rivals. However, RUNY have been in the media recently for another reason.

Around two weeks ago, recently retired French legend Freddie Michalak was linked with a move to New York.

“You have a lot of European people living there; French, English, Irish, Scottish, but they don’t know there is a rugby club in New York,” Arnald added. “We must establish the brand to say ‘we are here, we are running, come and watch a game.’

“Compared to all the sports and activities in New York, it will be a big challenge. We’re working with already established communities in New York. Our General Manager, James English, has good links. There are already 48 teams in New York and we will work with them to make the link between us and them.”

What is so clear is that all the staff at RUNY are completely on the same page. They want to build a club rather than a business and that the fans come first. Arnald is no different. His appointment as CEO is a statement of intent from the owners as it shows what they wish to aspire to in the future.

“The project of establishing this rugby team in New York is very exciting for me so I’m happy to be involved with the team. We’ll try to make it united.”