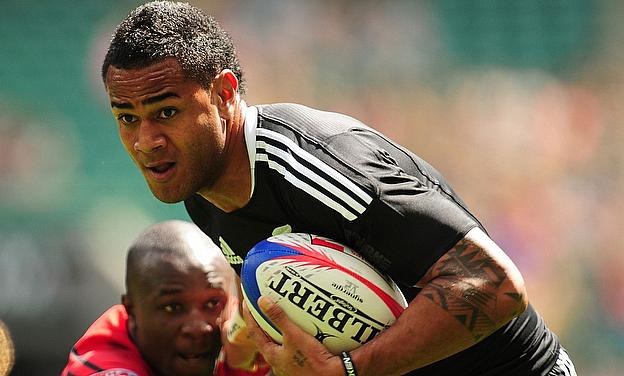 Frank Halai, one of the try scorers
©PA

Four tries in 15 minutes either side of half-time guided the Blues to a 35-24 win over the Crusaders at Eden Park.

The Crusaders had taken a 17-3 lead but tries from Frank Halai, Tevita Li, George Moala and Jackson Willison turned the game on its head.

Simon Hickey also kicked 15 points for the Blues with Corey Flynn, Colin Slade and Ryan Crotty scoring the tries for the visitors.

The Crusaders opened the scoring in Auckland as quick movement of ruck ball opened up the Blues, who did not have the numbers to halt the break.

It was concluded with a pass from number eight Kieran Read which found Flynn, who showed smart agility for a hooker to motion inside and score wide out.

The Crusaders continued to find room down the left flank where wing Nafi Tuitavake was gaining ground with every touch and, after two big scrums, created a try for full-back Slade in the 29th minute.

The Blues soon hit back as they forced a turnover after another Tuitavake break and the ball was moved to the right where number eight Peter Saili fed Halai and he scored under the posts.

From the restart Blues lock Patrick Tuipulotu soared through the air on the charge to take the ball and, after bumping off tackles, fed Li who shook off the Crusaders defence, including flanker Richie McCaw, to score a debut try.

That reduced the Crusaders lead to 17-15 at half-time and uncharacteristic mistakes would cost them immediately after the break.

Firstly, Taylor knocked on a straightforward kick ahead from the Blues and then, after Hickey slipped a grubber kick through, Slade and centre Rey Lee-Lo collided.

Moala was on hand to pick up and run over for the try which gave the Blues the lead for the first time in the game.

The Crusaders restart failed to go 10 metres which gave the Blues another chance and Willison took the ball on the left flank and kicked ahead to force Crusaders half-back Andy Ellis to take the ball in-goal for a five-metre scrum.

This time it was veteran Piri Weepu who slipped a grubber kick in and it was Willison who had the reward for his earlier work with the try.

The Crusaders tried everything to get back into the game, eschewing several chances for penalties to try for rolling lineout mauls.

There was one moment of controversy when an intercept by Li on his goal-line resulted in him clearing out to score, only to be called back and penalised for offside.

A sin-binning of Blues flanker Steven Luatua resulted in a penalty in front of the Blues posts but again the Crusaders called for a scrum, only to be penalised.

Crotty's try in the 72nd minute gave them hope but they could not find their way back in the last 10 minutes.