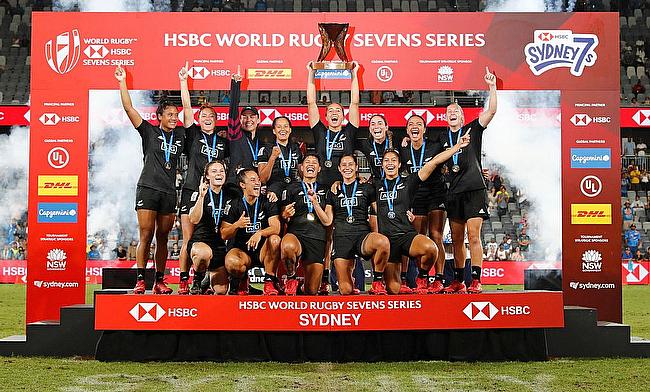 Black Ferns came up with a five-try performance as they defeated Canada in the final with a 7-33 margin as they successfully defended the Sydney 7s title in the ongoing Women's World Rugby Sevens Series.

This is New Zealand's fourth successive title in the competition after they went on to win the Dubai, Cape Town and Hamilton editions.

Player of the final Tyla Nathan-Wong started the proceedings with a fifth minute converted try but Canada went on to level the scores by the seventh minute with Charity Williams dotting down. Gayle Broughton's try at the stroke of half-time provided Black Ferns a lead of 7-14 at the end of the first half.

As Canada were struggling to score a point in the second half, the Black Ferns stepped up the gears with Niall Williams going over the line in the 10th minute and Theresa Fitzpatrick and Alena Saili followed the suit as New Zealand extended their domination in the tournament.

“We’ve been working really hard to go back-to-back and to do it twice this season is just massive. I’m so happy right now. I can’t believe we made our debut last weekend [at home] and then winning this tournament – I’m speechless," said Sarah Hirini,

“Canada got off to a good start and are a quality team – it’s pretty tough to try and tackle those girls. I’m just so proud of our efforts, obviously every person who comes into our team thrives like Alena Saili at the end there who scored that thriller of a try.”

Earlier, Canada blanked Australia 34-0 in the semi-final while New Zealand defeated France 24-7 in their knock-out game. Australia though finished with bronze as they edged out France 12-10.

The win has taken New Zealand's tally to 96 points in the overall standings as they consolidated the top position while Australia and Canada are at the second and third place respectively with 80 points apiece. France are positioned fourth in the table with 70 points and are closely followed by USA at fifth place with 66 points.