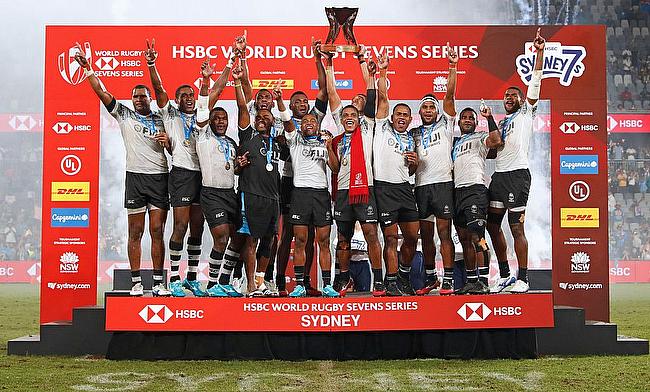 Fiji went on to claim their maiden title in the ongoing Men's World Rugby Sevens Series as they edged out South Africa 10-12 in the final of the Sydney 7s at Bankwest Stadium.

Napolioni Bolaca provided a head start to Fiji with a second minute try and also kicked a conversion to make it 0-7 before JC Pretorius helped South Africa reduce the arrears in the 4th minute. Bolaca further increased Fiji's tally to 12 with his second try in the seventh minute before Zain Davids kept South Africa in the hunt with a 11th minute try only to lose the game by two points.

“First of all I would like to thank the almighty Lord for giving us the strength and the power to come and deliver what we have been planning," said Fiji captain Derenalagi.

“Before we entered the field the message I told my team was just to go out there, enjoy it and do the job. We delivered that and I want to thank the soldiers behind me for that great effort you saw here today.

“Shout out to all the fans here in Sydney for coming out in numbers and for supporting your national team – this win is for you too.”

Earlier, Fiji topped Pool A with three straight wins while South Africa, USA and England also were undefeated in the group stage. Fiji had to edge out England 17-14 in their semi-final clash while South Africa defeated USA 19-12 to set up the final while USA settled for Bronze with 17-10 win over England.