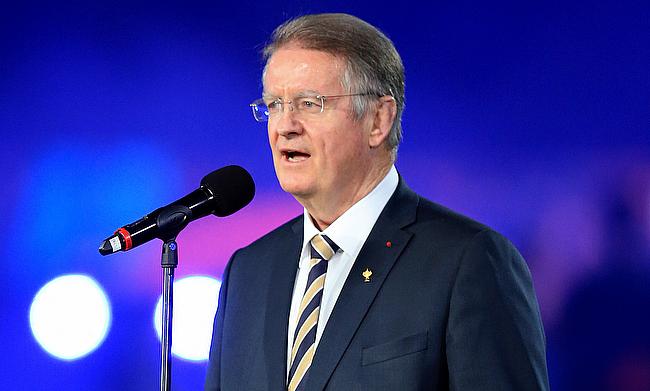 Bernard Lapasset will step down as World Rugby chairman in May to focus on spearheading Paris' bid to host the 2024 Olympics.

Lapasset has been chairman of rugby's global governing body since 1995, overseeing the game through the transition from amateurism to the professional era.

World Rugby will appoint a new chairman in May, with member unions to submit nominations by the March 12 deadline.

Lapasset insisted this was the right time to step back from his rugby role to focus on his co-chairmanship of Paris' 2024 bid.

"After careful consideration I have taken the decision not to seek a further term of office as chairman of World Rugby," said Lapasset.

"I am proud of my time at the helm of World Rugby, the progress made and excited by what lies ahead for our sport, including the debut of Rugby Sevens at Rio 2016.

"My decision will allow me to devote more time to my role as co-chairman of the Paris 2024 Olympic and Paralympic Games bid.

"We are now entering into the heart of the campaign and nothing would give me greater pleasure than bringing the games back to Paris for a real centenary celebration of Olympism in 2024.

"I hope to have the honour of being part of a successful bid from my home country, something that would be so special for me personally and for the people of France."

"Bernard Lapasset is a wonderful ambassador for our sport, a great leader and a true visionary, who has presided over unparalleled growth and success in our sport," said Gosper.

"Throughout his tenure, his passion and dedication has always been evident and he has always been a beacon for transparency, inclusivity and a champion of rugby's character-building values.

"He should be proud of where the sport is today and what World Rugby, its unions and the sport has achieved during his chairmanship.

"I know that I speak on behalf of the global rugby family when I thank him for his immense contribution and wish him all the very best when he begins a new and exciting chapter in his remarkable sporting life later this year."