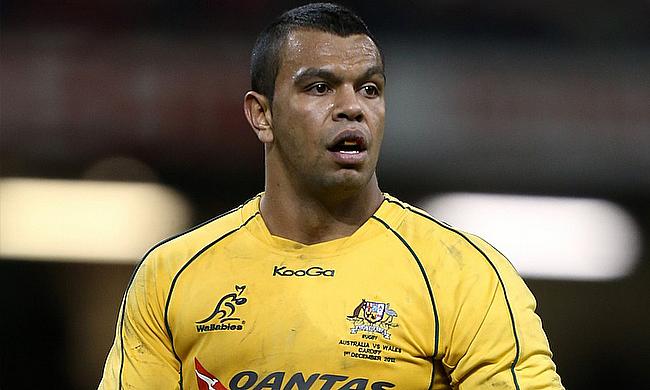 Utility back Kurtley Beale has targeted a return to the Australian squad ahead of the 2023 Rugby World Cup.

Beale has not played for the Wallabies since 2019 but is eager to be recalled and play in the global tournament for the fourth time.

He is currently with Racing 92 in French rugby.

"I feel like I've got more to give to the game. I'm learning a lot more here in France from world-class players, I've got a really good understanding of different plays, I'm in a great position to keep improving as a player."

Australia claimed the 1999 Rugby World Cup after beating France in the final. The Wallabies were runners-up in 2003 and 2015, losing finals to England and New Zealand respectively.

The Australians are among the outside favourites to win the 2023 showpiece. Early markets on new Australian betting sites such as Unibet have them priced at 9/1 for a second title. The All Blacks are offered at 7/4 and England 9/2. Reigning champions South Africa are positioned at 4/1.

New Zealander David Rennie succeeded former Wallabies coach Michael Cheika in 2019. Whether Beale gets to play under Rennie in the future remains in the balance.

"There hasn't been any contact from Dave at this stage, but my focus is just on playing really well consistently for Racing. Hopefully, I'm noticed and I'm given an opportunity if I deserve it," he added.

"And I've got to deserve it. Yes, I've had the honour of winning many caps for my country, but the jersey is not just given, you have got to earn it and a lot of young players are starting to prove themselves back home and many others are pushing really hard overseas."

"Competition is healthy for a team and I'll be doing everything I can to earn another Wallaby jersey in the near future."

Beale's latest sentiment effectively echoes what was expressed in March 2020.

"We've got some great young players who have so much enthusiasm and energy on the ball and it's a matter of how I can combine and pick my moments to go with them and hold back; trying not to overplay but also not to underplay and that's where I'm really challenging myself at the moment," he said during last year's Super Rugby campaign for the Waratahs.

"But I feel like I'm not far away from having a bigger impact there and that's another part of my drivers to really make sure that I'm making the most of opportunities whilst I have them, so that's a good place to be."

The first of Beale's 92 Tests came in 2009, against Wales at the Millenium Stadium. More than ten years later, he remains eight away from joining an elite group of Australian rugby union stars with 100 or more Test match appearances. The famed collective includes trio George Gregan, Adam Ashley-Cooper and Stephen Moore. The vastly experienced Nathan Sharpe, George Smith, Will Genia and Michael Hooper also have 100-plus Australian rugby union caps each.

Beale has scored 19 Test tries. That affords him a ratio of approximately a try every five matches. The number is respectable, but not close to the record collected by former Australian wing David Campese. He scored 64 in 101 appearances.

The Waratahs and Racing 92 are not the only clubs Beale has represented. He has also played for the Melbourne Rebels in Australia and Wasps in England. He has also been privileged to play for the Australia Barbarians.