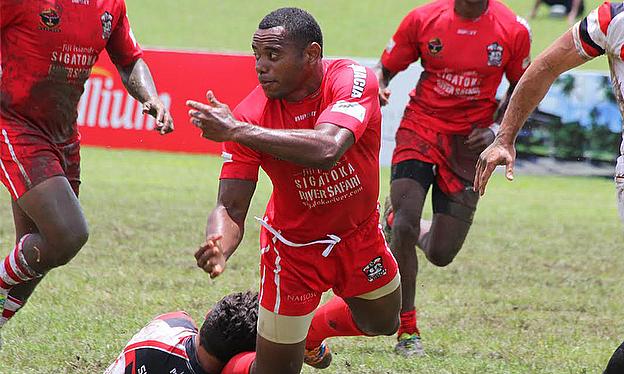 The Navosa club burst onto the local sevens scene with a 26-19 win in last year's final and will feature Semi Kunatani, one of the heroes of the recent IRB Gold Coast Sevens, in their lineup.

Standing in their way in Pool A is Red Rock, the 2010 and 2012 victors, who qualified with a top eight finish in the Coastal Great Eight last weekend.

Also in Pool A is Gecko's Lomaiviti, who are expected to feature Fijian-born New Zealand Sevens icons Tomasi Cama Jr and Lote Raikabula, and Mana Graphix Uluinakau, one of ten sponsor teams in the 24-team tournament.

Aussie Pearls, USA and Marist Sea Hawks are the other seeded teams among the 16 teams, an increase from 12 last year.

"The expanded Crest Na Iri Trophy is a positive sign for women's rugby and a fantastic opportunity for local talent to shine ahead of the critical Olympic qualifying year,” said Tournament Director Nick Jordan.

"The Bayleys Fiji Coral Coast Sevens is the premier tournament for women in Fiji and will again showcase Fiji's best players to a global audience and continue the development of women's rugby in Fiji."

Also featuring are the national teams of Papua New Guinea and New Caledonia, both drawn in Pool B with the Aussie Pearls and local team Lady Babas.

A total of 10 overseas women's teams will boost tourism on the Coral Coast for the week.

Meanwhile, the Papua New Guinea men's team visits Sigatoka for the first time to continue their preparation for the IRB Sevens tournaments in Wellington and Hong Kong in early 2015.

The hosts of the 2015 Pacific Games take on Outrigger, Wardens Gold and Great Eight runners-up Tabadamu in Pool F.

"The presence of Papua New Guinea in 'Rugby Town' is a win-win-win," Jordan continued. "Their recent Plate victory at the Oceania Sevens is part of a resurgence of the sport there and no doubt there will be some outstanding athletes on display.

"On top of that both countries - PNG and Fiji - are forging closer economic ties and our sponsors are very interested in the business opportunities this represents."

Pool E features Great Eight champions Tovolea along with Serevi Selects who will be coached for the third year in a row by "the Maestro" Waisale Serevi.

Visitors Lauli'i Lions, the champion of the Samoan Independence Sevens in May, are in Pool D with local teams Coastal Bulls, Fiji Chemicals Vuda and Tokatoka Westfield Dragons.

The Tauranga club lost to both Red Rock and Daveta at the Fitness First Central Coast Sevens a fortnight ago and under coach Matua Parkinson, the former New Zealand Sevens captain, will be looking to use that experience at Lawaqa Park.

Jone Macilai's new union Northland, who were due to visit, have withdrawn.

Pool play starts at 8:30am on Thursday 13 November and continues until the I-wau (Cup) Final at 5:30pm on Saturday 15 November. Tickets, which start at $5 for ground entry, are available at the Fiji Sports Council or at the gate. Overseas viewers can watch matches streamed live on mytfl.com.fj.