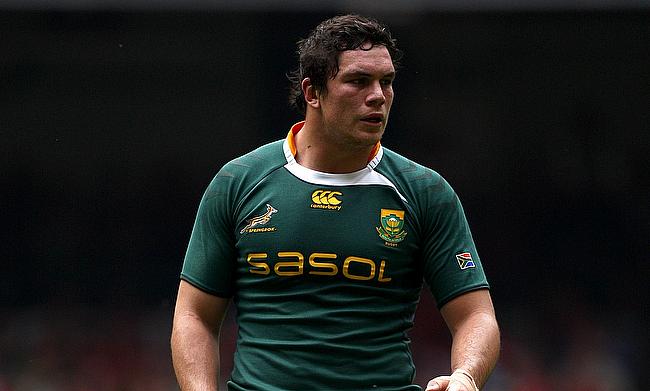 Francois Louw has been with Bath Rugby since 2011
©PA

Bath Rugby have confirmed that World Cup winning South Africa flanker Francois Louw will retire at the end of the ongoing season.

Louw made his provincial debut for Western Province in 2006 with his Super Rugby debut for Stormers coming two years later. With over 50 Super Rugby appearances, the 34-year-old joined Bath Rugby in 2011 and has racked up 140 appearances for the Recreation Ground based outfit since then.

“Bath is a City that we call home now, my family and I have settled here and representing the Club so many times has been one of the many highlights of my career," he told the official website of the club,

"Whilst this has been an incredibly tough decision to make, the time does feel right to face a new challenge. Right now, however, my focus is with Bath and I will give everything to the Club as our sights are set on making the playoffs and winning further silverware.

“I would like to thank the fans and the city of Bath for the continued support over my career. It has been nothing short of phenomenal. The Rec will always have a very special place in my heart with memories that will last me for the rest of my life.”

Bath director of rugby Stuart Hooper lavished praise on Louw and his contribution to the club.

"The contribution Flouw (Francois Louw) has made to our Club cannot be overstated. I have had the privilege of being by his side as a player and working with him now as Director of Rugby, and his experience, commitment and world class skill has been a mainstay of Bath for nine seasons.

“He gives absolutely everything, every single time he pulls on the Bath colours – whether on the training ground or on matchday – and we cannot ever ask for more than that.

"These characteristics will serve him well as he moves on from rugby and whilst we wish him the very best for his future, we will all miss him incredibly.