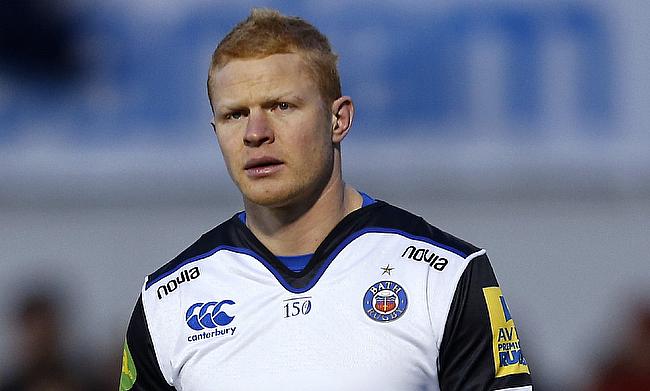 Bath overturned a 14-3 deficit to beat Worcester 16-14 and claim a morale-boosting Aviva Premiership victory at Sixways.

Tries from Cooper Vuna and Donncha O'Callaghan put Worcester ahead, and both were converted by Tom Heathcote to hand Worcester a lead at the break.

Bath introduced scrum-half Jonathan Evans at the break and he scored their only try. Tom Homer converted and that kick, as well as three penalties, got Bath over the line.

Bath took an early lead as Homer landed his first kick in the seventh minute but six minutes later Worcester responded with a fine try.

Heathcote's well-timed pass put Wynand Olivier through and he fed Chris Pennell who sent Vuna in for the try, which was converted by Heathcote.

Bath were then hit by the loss of prop Nick Auterac to injury, with Beno Obano coming on to replace him.

After 24 minutes, Worcester struck again with an excellent score. Luke Baldwin broke clear from a ruck in Bath's 22, and after good work from Gerrit-Jan Van-Velze and Olivier, O'Callaghan crashed over.

Heathcote brilliantly converted from the touchline before Homer's second successful kick reduced the deficit slightly, although they were still struggling.

Seven minutes before the break, lock Tom Ellis limped off injured and was replaced by Dominic Day but thanks to Worcester giving away nine penalties in the first half - seven in their own half - they were given opportunities to stay in touch, but they failed to take them and trailed 14-6 at the break.

Two minutes after the game restarted, Bath centre Max Clark was given a yellow card for a sliding tackle on Bryce Heem but it was still Worcester who couldn't rein in their indiscipline.

Val Rapava Ruskin was penalised at a maul only for Homer to miss a simple kick, after which Evans came on to replace the disappointing Niko Matawalu at scrum-half.

Things started to look up for the visitors and Evans was heavily involved in their first try. Semesa Rokoduguni beat Pennell to claim Evans' high kick and after racing away he returned the ball to Evans to score a try that Homer converted.

Clark's return from the sin-bin was followed by Heathcote missing a long range penalty and Worcester led by one point going into the final quarter.

Bath were by now asserting their dominance, and when Worcester conceded another penalty at the scrum, Homer successfully converted the penalty to put Bath ahead with 12 minutes to go.

Ryan Mills and Heathcote had late chances to clinc the game for Worcester with kickable penalties, but neither could succeed, enabling Bath to take a much-needed victory.