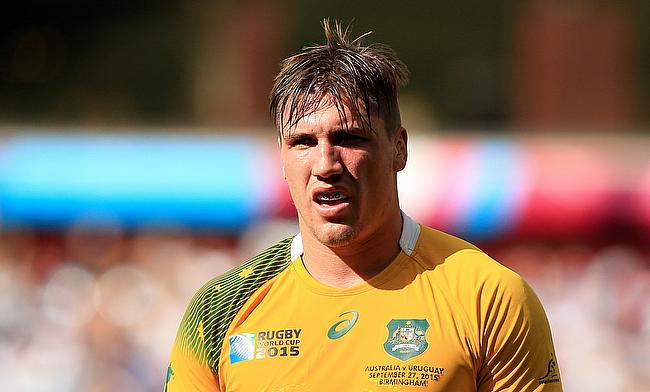 Australia international Sean McMahon has admitted that he is doubtful to feature for Wallabies in the 2019 World Cup after reports claim of the flanker striking a two-year deal with a Japanese club.

Even though, the name of the Japanese club is unconfirmed, McMahon, who has featured in 15 Tests for Australia revealed that he has played his last game for Super Rugby side Rebels.

"We're done with the Rebels at the end of the season and basically all I can say now is that I won't be playing in Australia next year [in Super Rugby]," McMahon said.

"I'll be gone for two years. It was a very big call I've made.

"There was a few factors that came into it – a few personal ones and a few other issues I don't really want to go into. It was a big decision for my career and my personal life as well.

"I'm pretty happy with the decision and so is my wife. We're looking forward to experiencing something new."

The 23-year-old's professional rugby career started with Rebels in 2014 and was also a part of the World Cup squad of Australia during which he was handed starts against Wales and Uruguay.

McMahon has not completely ruled out him returning to Australia ahead of the 2019 showpiece event but his two years away from the country might work against him on his return, if he intends to.

"Maybe down the track I might change my mind but it was great to have the opportunity to play in a World Cup," he said.

"Having to pass that up was definitely a hard factor in the decision. I'm going to take it one step at a time."

McMahon also credited back-rowers Michael Hooper and David Pocock in playing a vital role in shaping his career with the latter on sabbatical and set to return to action in 2018.

"They're great players," he said.

"I've learnt so much from those two players. Poey and Hoops have taught me a hell of a lot and have pushed me to limits I haven't been before, which pushes me to be a better athlete.

"I probably didn't get the run I wish I could have got but they're great players to have learnt from and played with."