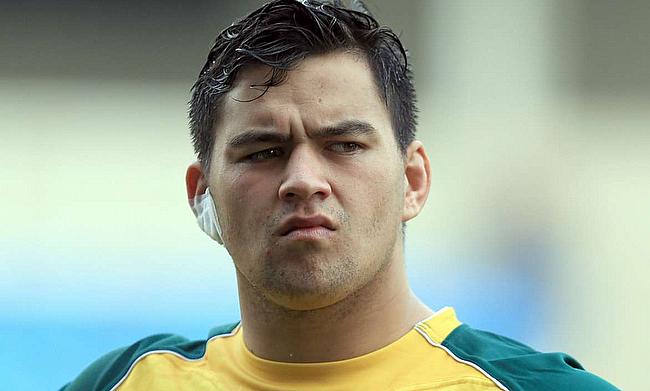 Jordan Uelese in action for the U20s
©World Rugby

Australia U20 international Jordan Uelese will make his Super Rugby debut for the Melbourne Rebels after he was signed for the upcoming season.

Uelese will join his fellow Victorians Rob Leota and Sione Tuipulotu, making it the first time in history of the club to have three players from the state. The 19-year-old was a part of the victorious Rebels' U20 side and went on to start for Australia in all the games of the recently concluded U20 World Cup held in Manchester.

Uelese said Leota and Tuipulotu's success at the club laid the pathway for the other Victorians.

“Rob and Sione gave me a genuine insight and drive to become a professional footballer,” Uelese said.

“They’ve set the standard and showed all the Victorians that it is possible to be a professional player in your home town.

“The Melbourne Rebels have definitely shown that belief in us.”

Describing it as a dream come true moment, Uelese also thanked the club for the opportunity given to him to showcase his talent.

“It’s a childhood dream come true to sign my first professional contract and even better to get it in my hometown of Melbourne,” Uelese said.

"I am very grateful to the Rebels for the opportunity and especially my parents Tita and Sekaki Uelese for all they have done to get me this far, without them none of this would be possible.

“I think back in the days you had to move around but it’s awesome to be in Melbourne and shows there’s a genuine pathway to being a professional footy player.”

Melbourne Rebels general manager Baden Stephenson insisted on the need to tap the local talents which remains one of the top priorities for the club going forward.

“Developing and providing opportunity for home grown talent remains a strategic priority for the Melbourne Rebels so we’re pleased the hard work by many people in Victorian Rugby is being recognised.”

In the 2016 Super Rugby season, the Rebels finished at 12th place overall after managing third and eighth position in Australian Conference and Australasian Group respectively.