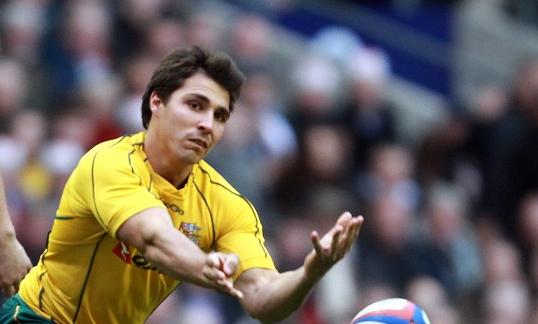 London Irish have announced that Australia international Nick Phipps has signed a contract extension with the Gallagher Premiership club.

Phipps joined London Irish ahead of the 2019/20 season and has gone on to play 39 times for the club. Prior to his association with the Exiles, the 32-year-old played for Super Rugby clubs Melbourne Rebels and New South Wales Waratahs.

He was also part of the Australia Sevens squad that clinched the Silver medal in the 2010 Common Wealth Games in Delhi.

“I’m chuffed to bits to agree a new deal” he told in a statement released by the club.

“This is a really special Club and as a family we’re really enjoying our time in London, so there’s nowhere I’d rather be, it was a no-brainer to extend my stay.

“I want to make special memories here. We’ve got a great bunch of boys, who love playing for this Club; the coaching staff are great to work with on a daily basis - and we really feel we’re on an upward trajectory.

“There’s good things going to be happening here, I’m convinced of that - and I can’t wait to continue to be part of this exciting journey we’re on."

Phipps made his international debut for Australia against Samoa in July 2011 and has gone on to play 72 Tests for the Wallabies with his last appearance coming in September 2019. He was also part of the Australian squad in the 2011 and 2015 World Cups.

“Nick is an outstanding professional, the kind of player every coach dreams of having in their squad," said London Irish director of rugby Declan Kidney.

“His desire to continue to improve as a player, irrespective of what he’s achieved in a stellar career so far, speaks volumes of him.

“The fact he sees his long-term future here tells you we’re moving in the right direction, so we couldn’t be more delighted he’s committed his future to the Club.”

London Irish are positioned sixth in the Gallagher Premiership table with six wins from 18 games.