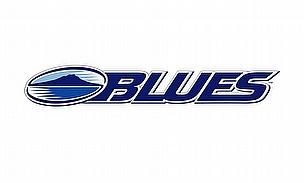 A dominant display by the Blues was almost thwarted by a resilient Rebels performance. Two quick tries by Rene Ranger suggested it would be a tough evening for the Rebels. Tries by Vuna and Mitchell, however, meant that they were in contention for the majority of the match. The Blues proved to be too strong in the dying stages of the second half securing a comfortable win, taking them to the top of the Super Rugby table.

With only 3 minutes played the Blues capitalised on some woeful Rebels defence. Rene Ranger skipped past Danny Cipriani who rushed up in defence and powered past Nick Phipps to dive over in the corner to take the Blues 5- 0 up within 3 minutes. Stephen Brett missed a tough conversion.

Two early knock ons by Sterling Mortlock enabled the Blues to pile on some early pressure. Alby Mathewson capitalised on some lack handling by the Rebels and nudged a kick through just past the half way line for the speedy Ranger. Ranger then helped the ball on past the despairing Gareth Delve with a neat kick and fell on the loose ball over the Rebels try line, securing a brace of tries just 10 minutes in. Brett failed to convert. 10-0 to the Blues

From the restart Jerome Kaino was penalised for holding onto the ball as the Rebels looked to reply straight away, and they did. Through the boot of Cipriani the Rebels added their first contribution to the nights scoring. 10-3.

The Blues response was immediate. Through more defensive errors, and the Rebels coming up too early in defence and subsequently missing tackles, the Blues ruthlessly capitalised through Joe Rokocoko after Jared Payne eased past Cipriani. Brett converted to take the Blues 17 -3 up within 17 minutes, and looked odds on to secure the bonus point.

After a loose line out deep in the Blues half the Rebels showed there was still time to turn their fortunes around. Cooper Vuna used his quick turn of pace to fly away from the wanting Blues forwards and dive over for the try, a great response that came out of nowhere! Cipriani converted to bring the Rebels within a try. 17-10, 21 minutes played.

The Rebels were caught offside when Stephen Brett made himself half a chance 25 minutes in. The young fly-half grasped the opportunity and slotted it home from 25 meters. 20-10 to the Blues.

The Rebels, however, were not going to let the game evade them without a fight. Through a turn over Gareth Delve was sent racing outside on the wing, and after a huge hit from Ali Williams into touch he was still able to flick the ball back inside to Lachlan Mitchell who crossed the line with ease. Cipriani converted. 20-17 after 28 minutes.

The Rebels gave away another penalty and Brett took full advantage from in front of the posts. 23-17, 31 minutes played.

After a dominant display by the Blues in the first half the Rebels perhaps felt a bit lucky to still be in contention. However, the spontaneous tries seemed to be working, and didn't let the Blues build up a big lead as Danny Cipriani kicked into touch to end the first half.

Stephen Brett missed a couple of kicks at the early stages of the second half as the Rebels were still giving away cheap penalties.

Unlike Brett, Benson Stanley took his opportunity with some strong work in the midfield. Ripping the ball off Cipriani after a failed dummy run by Mortlock, Stanley was able to run in for the try relatively unchallenged securing the bonus point. Brett missed an easy conversion; not going unnoticed by the crowd who gave him some boo's for his troubles. 28-17 to the Blues, 50 minutes in.

The Rebels were yet to yield and after some prolonged pressure deep inside the Blues half, some great ball retention saw Gareth Delve power his way over the try line only to be held up by Toeava, in what was some great defensive work by the fullback. 55 minutes played.

The Rebels pushed hard to get back into contention and after finding some gaps in the backline, the Blues were caught diving in at the ruck area less the 10 meters from their posts. Cipriani nudged it over to take the rebels within 8 points. 64 mins

Danny Cipriani's defensive frailties might have been present in the match but his cool and accurate goal kicking remained undeterred. He sunk another kick 10 meters in from touch and about 40 meters out, putting the Rebels within a try of the Blues. 28 -23, 68 minutes played.

The mini-comeback by the Rebels was put to bed 76 minutes in after some good ball work and some patient play, a nice switch from right to left by a consistent and excellent Alby Mathewson fed Jared Payne in for the try. Luke McAlister missed the conversion. The Blues found themselves 10 points in front with only 4 minutes to play. 33-23.

As the Rebels went in search of the losing bonus point try the ball was spilled in midfield. Lachie Munro took full advantage of the space left by the scrambling Rebels defence and had Luke Braid in support to cross over to seal what was a deserved victory for the Blues.