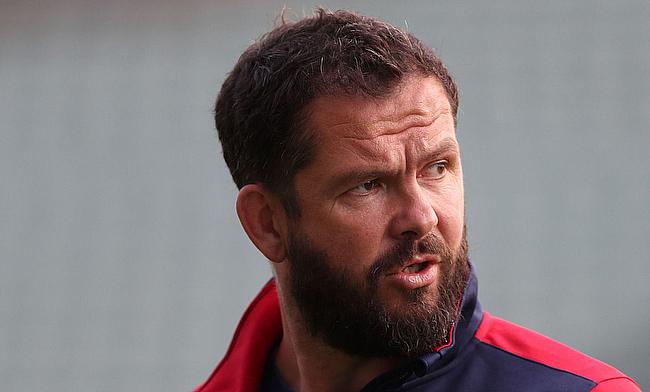 Irish Rugby Football Union performance director David Nucifora stated that head coach Andy Farrell and the backroom staff has the full backing of the board despite a mixed performance this year.

Farrell, who held the defence coach role with England between 2011 and 2015 moved to Ireland for a similar role in 2016 but following Joe Schmidt's departure at the end of the 2019 World Cup, the 45-year-old was appointed the head coach by the IRFU.

Under Farrell, Ireland went on to win three games in the five matches in Six Nations that saw them finish third while in the Autumn Nations Cup they finished second in the Group A table and will now face Scotland in the third place play-off.

“They’ve been in and around international rugby between them for many years, either with Ireland, or England, or the (British and Irish) Lions, so we’ve got an abundance of experience here.

“If you look around at many other international teams, the years of experience that the guys have would stack up against any other coaching group.

“Once they get some stability and continuity with the team, we will start to see progress.”

Nucifora also added that the upcoming Six Nations tournament next year will be vital from Ireland's point of view.

“We’re going to try and win the thing.

“We’ve had some very successful years so we are going into that next Six Nations with exactly the same ambition, to go out there and try and win the competition.

“You don’t go in to come second or third each yeah, you go in there to try and win the competition. That’s what we set out to do every year.

“Obviously we look at the performances that are involved in trying to achieve that, and that’s what things will be judged on.”