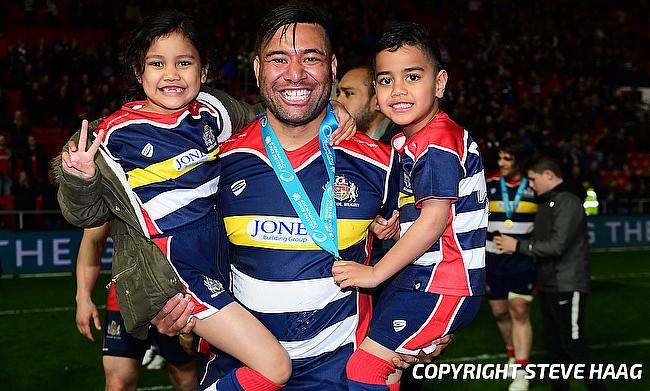 Bristol Bears centre Siale Piutau and Worcester's Andrew Kitchener have been handed a three-game ban following their involvement in an incident in the recently concluded Gallagher Premiership game between the two teams.

Both the players were involved in a clash in the 79th minute of the game at Sixways as referee Wayne Barnes red-carded Kitchener and Piutau, who was sin-binned was cited by independent citing commissioner Tony Diprose.

The players appeared before an independent disciplinary committee on Monday and accepted the charges. Panel Chair Matthew Weaver said both the players were guilty of breaching World Rugby Law 9.12 and were initially handed a six-week ban that was reduced by half taking into account their guilty plea, conduct during hearing, previous disciplinary record and other mitigating factors.

“Both players accepted the charge of striking an opponent. On consideration of all of the facts, with the benefit of hearing directly from both players and reviewing the video footage, the panel determined that the mandatory mid-range entry point of six weeks should apply," said Panel Chair Matthew Weaver.

“There were no aggravating factors applied to either sanction. Both players had accepted the charges and apologised for their actions. Mr Kitchener has a clean disciplinary record and, whilst warned about his conduct immediately after receiving the red card, was allowed full mitigation of 50%. He will miss the next three games for Worcester Warriors.

“Mr Piutau has one matter on his record from June 2013 which was for a similar offence. On balance however, given the time between the two incidents, the panel decided that this should not prevent him from receiving maximum mitigation and he was also suspended for three matches.”

England skipper and Saracens star Owen Farrell will face a disciplinary hearing on Tuesday following his red-card incident during the game against Wasps.